I am looking for an application to rename ROMs to start with a number. Ie. currentley there are a lot of ROMs on my disk with a logical name (pacman.nds, tetris.nds), I want to rename them to 0001 pacman.nds and 0002 tetris.nds).

Is there a tool available that can do some kind of checksum-check and rename the ROM? 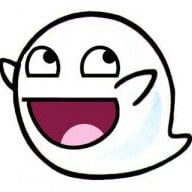 I personal use offlinelist, but if you have a slot one flashcart you could always use rominator i believe. You can find out more about that by searching the forum.
P

Is it possible to rename ROMs by using offlinelist?

I will check rominator, thanks.

I am not sure if you are asking for a DS side application for renaming or a PC one.

DS side
There is an application aimed at renaming (edit) viewing roms. My bad.
http://gbatemp.net/index.php?showtopic=82895&hl=
There are several apps aimed at renaming files in general and there is DSlinux as well (which has a unix command line with all that it entails).

PC side
Bridgy84 is correct, there are loads of apps aimed at renaming roms.
rominator is a common one
http://www.rominator.net/

Offline list. There is an official dat as I recall but most stick to ADVANsCEne or no-intro for naming lists.
http://offlinelist.free.fr
http://www.advanscene.com/
http://nointro.free.fr/ and http://www.no-intro.org/ no-intro also support dats for the DS for several other slightly older apps.

There was a java one called rofage released a few months back:
http://code.google.com/p/rofage/

A note, you mentioned checksum. If you trimmed the roms or patched them in some way the checksum will not match that in the list. There are a few that rename according to the header though.

pven said:
Is it possible to rename ROMs by using offlinelist?

Yeah, I didn't know it at first either, but you can activate the renamer in the options. You can specify a folder with your roms in it and it will automatically rename them, zip them in whatever format you like (zip, rar or 7z) and even move them if they're nuked.

I didn't know SunOL could do the same on DS... Sounds interesting actually. I thought it did nothing more than listing roms with some info.
P

Rominator did the job, but I wil defenitely check offlinelist.

N
List of Legal games you can buy off the internet