Acekard 2i just got here in the post but I'm having trouble getting it working. The problem is essentially that although AKAIO starts up fine, once I select the MicroSD card from the initial menu, nothing appears so starting any games or suchlike I have on the card is impossible. The SD card works fine in other things, so I don't think it's an issue with the card.

I've installed AKAIO and the loader following the instructions in the sticky, I've tried formatting and reformatting the card, and I've tried moving the game files around in different directories but nothing seems to work. I know the SD card is being recognised, and checking the properties I know it's recognising that something is on the SD card (it says ___ mb used ____ free or something like that and the numbers match the space used/free on the card), but the game files don't display (and nor does anything else, the screen once the MicroSD card is selected is blank). 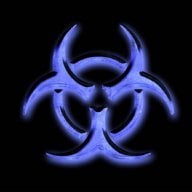 i know it sounds stupid but dont know till you ask, Are you keeping the .nds at the end of your roms??

have you gone into akaio settings and selected file type and select all and see what happens then?
D

I have no doubt the solution will be something stupid but not quite that stupid.

edit: tried asking it to display all files, has no effect.

> You say on start up & selecting the MicroSD card icon - 'nothing shows up' - does that mean you don't see the drive path @ top of the bottom screen as well ? - do you see the clock etc on top screen ??

> Have you changed AKAIO skin by any chance ? - I came across a skin once that had Black ink on a Black background - try changing the skin to one of the other (I think AKAIO comes with 'zelda' and 'adv evo..'

> You say you've been moving files around into different directories - Which Directories ?? & do THEY show up ?? (AKAIO hides certain folders from view - found in 'Globalsettings.ini'
__aio,__ak2,__rpg,_system_,moonshl,svsip )

also curious to find out what the problem was
D

I'd set up a games folder inside the __aio folder and was moving the game files around within that folder, so CannonFoddr was right on the money.

A stroke of 'genius' implored me to try making the directory in the root and lo and behold nothing was invisible anymore!

Thanks for helping though.

haha not to worry, some of the probs ive had have been so stupid that even my Mrs has suggested something and i said "DOnt be so stupid" and low and behold they worked, ( i never told her it was her way that worked) and i plod through life this way all the time LMAO!

@ KennieDaMeanie: I pooped in the car when I was with my neighbor and said that's wha you get for being a shitty... 3 minutes ago
Chat 3