So I purchased a pikachu 3DS XL for £85 on eBay (bargain I know) and it had a couple of faults, only half of the touchscreen didn't worked but I have now replaced it, however there is one other fault that I can't find a fix for on the net.
When ever the DS is opened fully it instantly switches off with a little pop noise, if I turn the brightness down it stays on but the top screen changes to full brightness and there is a buzzing noise, I've included a video of the fault.


I figured if I was going to find a solution anywhere it would be here.

Any idea which flex cable so I can replace it, or would I be better off just replacing the whole top screen?
I've had the DS for around 3 months now and besides this it's in perfect working order.

could just be the top LCD ribbon cable being loose, its actually fairly common, if you are confident opening the console, otherwise you will likely have to replace the whole top screen and the little white tabs that cover the screws never come out of that job looking perfect....so try seeing if the cables are loose first 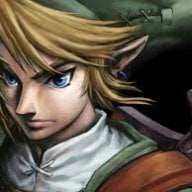 I know this error, watch this video, hope it helps you:- www.youtube.com/watch?v=8UifkXEkV-0

gamesquest1 said:
could just be the top LCD ribbon cable being loose, its actually fairly common, if you are confident opening the console, otherwise you will likely have to replace the whole top screen and the little white tabs that cover the screws never come out of that job looking perfect....so try seeing if the cables are loose first
Click to expand...

I opened the console yesterday and disassembled the bottom half and replaced the digitiser so I'm pretty confident in my ability to take it apart, but I've not had a go at taking the top screen apart, could it be an issue with the ribbon cables on the top half of the console? 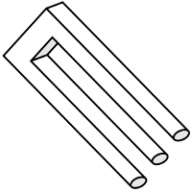 I don't typically repair XL consoles, so I could be wrong about this if the XL is different, but for normal-sized 3DS consoles this is just about always caused by a bad speaker cable, rather than a bad LCD. The brightness problem happens when either the speaker cable is damaged or when the P7 connector itself is damaged. Same for the popping-and-suddenly-shutting-down issue. Fortunately, in your case, since the problem occurs when you open the console all the way, it tells us that it's probably a bad flex cable, rather than a bad connector. It's also possible if you're lucky that the speaker cable is just pinched a bit and may only need to be repositioned, rather than replaced.

If you've replaced the digitizer, then you certainly have the skill to replace the speaker cable, but I just want to agree with what gamesquest1 said about those four little stickers covering the screws for the upper half of the system. It's damned near impossible to remove those little stickers and put them back in place without damaging them. Damaging them on ordinary consoles is one thing, but personally I wouldn't want to do the repair on a special edition Pikachu console, since I wouldn't want to be the guy who permanently defaces and devalues a rare and expensive collector's item.

But, then again, if your goal is to keep the item so you can actually enjoy using it and playing it, rather than reselling it, then it makes no sense to refrain from repairing it just because of the risk of cosmetic damage.

you should be able to access the top screens ribbon cables where they go into the connector, if you lucky they might just be pulled loose a little bit, which is actually fairly common and wouldn't need you to unscrew the top shell so wouldn't have to deal with damaging the screw covers......just take it all apart, remove the motherboard and reinsert all the cables but make sure they are all inserted all the way before locking them in place

with any luck the system will work like new and there will be no real cosmetic damage to the system (unless you go crazy and open it up with a drill or something )
Reactions: SmileCitrus