3DS titles could cost three times as much to make!?


QUOTE said:
Financial documents from an Asian publisher have suggested that 3DS titles could cost three times as much to make as games for previous models.

Nintendo CEO Satoru Iwata previously hinted that 3DS release could cost more than standard DS titles, though full pricing details are yet to be announced.

The 3DS arrives in Europe and North America in March.
In addition, here is a complementary news regarding upcoming Harvest Moon 3DS.


QUOTE said:
During a recent investor call, Marvelous Entertainment, the publisher best known for its Harvest Moon games, revealed its budget range for 3DS game development. According to the transcription of the call's Q&A session (as translated by 1UP), a Marvelous representative said that, "while costs vary based on game content," the company would spend an estimated ¥50 million to ¥150 million ($600K to $1.8M) on the development of a single 3DS game. Currently, Marvelous has two 3DS projects in the works, a Harvest Moon game and a zoo sim called Animal Resort.

If Marvelous' budget is indicative of other companies' 3DS game costs -- and, certainly, some of these guys are likely to splurge -- then developing for the platform could prove more expensive than for Wii, where last year's most expensive Japanese project topped out at ¥116 million. In an era when budget gaming is dominating the handheld market, and following the disastrous combination of costly PSP game development and rampant piracy, the 3DS could be as ill-fated as the 3D technology that requires you to wear glasses.

Way to expensive! No one will buy many games with those prices!

While I have multiple sources of income, I'm not much of a fan of an "increase" in price. But to be honest, as long as it isn't over the standard console game price, (Which tends to be 59.99 in North America or 49.99 for PC games. The only exception is games by ActiBlizzard) I won't complain.

3DS is a money blackhole!

Canonbeat234 said:
3DS is a money blackhole!
Click to expand...

Oh please. Any hobby involving technology or entertainment will eat away your money.


Besides, most of the users here will be pirating anyway. 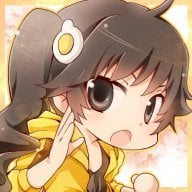 Well I was thinking about being legal of the 3DS... but if games cost this much then I guess not

That doesn't sound too bad.

ojsinnerz. said:
Besides, most of the users here will be pirating anyway.
Click to expand...

don't count on it not right away.

I suppose the one good thing about this is WAY less shovelware, meaning that developers will think twice before creating a shitty game unlike now.

Aslong as the price doesnt go over 40 euro for a very good game (think TWEWY en Golden Sun material) and it stays under 30 for other games Im not one to complain, I will probably end up buying it legally.... well most of it anyway

But according to that article......maybe add 10 bucks to each category.


Personally, I think my initial guess would be a practical amount to charge for the games. What that article suggests prices could be are just too high to realistically market a 3DS, IMO.

If they start trying to sell a handheld game for 60 bucks, I'll stop bothering with handheld gaming systems altogether. That's just too much money.

Well if it exceeds 55 bucks then I'm not gonna buy it.(the game that is)But you'll never know cause some titles may be worth the price.
D

Instead of charging more moneis, why not just make better games?

= profit
Unfortunately shovelware such as "Imagine: equestrian" or some shize sells as well if not better than quality games like LoZ

Even if the games are only on par with X360 and PS3 games they will still fail, parents won't want to buy a game for their kids at £40-£50 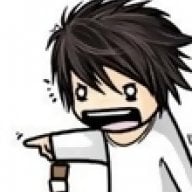 Think of it movie-wise like different films have different budgets but you're still going to pay the same amount no matter which movie you see. But yes I think they could up the prices a little, I'm expecting that.
S

Man. Guess I'll resort to pirating, if ever there will be a hacking method.

It'll be about the same price, but companies will just have to be sure they sell alot, which = less shovelware.