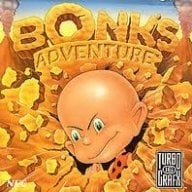 Been having quite a problem getting my Wii to recognize Caravan's DL version SSBB. I have the single-layer version as well and it works perfectly, but the DL version isn't recognized by the Wii at all. It spins up and there's a slight click after 10 seconds or so, then spins down with the 'unable to read disc?' error. Now keep in mind this click isn't different than the normal, subtle clicks you can sometimes hear at other times when putting a game in, so it doesn't seem like a physical drive problem..I have a brand new LG burner and have tried two different kinds of media (Memorex, Verbatim), 2 different DL burners (Pioneer DVR-109 and newer LG GSA-H55L), tried both Nero and ImgBurn, as well as the ImgBurn layer-break trick, turned on WiiKey region over-ride, different burn speeds, and looked high and low on the 'net for solutions but haven't found too many people having a problem wr

The thing is that this Wii rarely gets DRE's with backups or original games unless it's from a fingerprint or smudge..So if the laser was the problem, wouldn't I be having more problems with single-layer backups/orignals? A couple originals I have are actually pretty banged up and the laser still reads those fine without any DRE's.. Should I try turning back the WiiKey firmware to 1.9b or something? I'm at a loss as to what to try next..

I know this is just the Japanese version of the game but if my Wii is unable to read DL for some reason I don't want to be stuck playing the ripped USA version when it comes out here since it's preordered. And of course we can't send these modded units in to Ninty if they offer us the same cleaning/adjustment service for disgruntled Japanese ssbb players...can we?


Thank you very much in advance for any suggestions or ideas, they are greatly appreciated. I will favorite this thread and check back. As I said it's not so much about playing the Jap version as it is about having my Wii reading DL discs properly when the US version arrives.

I am in the same situation only mine does recognise but it crashes on intro and swapping out to get past it, then putting it back in to do SSEE means that i crash after the first fight.

Anyone with a suggestion?
N

most likely media issues. Where are the Verbatims made? I've read many forums having issues with the Discs manufactured in India. Media quality is particularly important when it comes to DL Media compatibility. 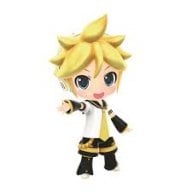 Try setting the layerbreak manually to 2084960

Try setting the layerbreak manually to 2084960

Says right on the box, from Singapore and Ive burnt one with layer break and without. This is most puzzling!

QUOTE(nruri @ Feb 26 2008 said:
most likely media issues. Where are the Verbatims made? I've read many forums having issues with the Discs manufactured in India. Media quality is particularly important when it comes to DL Media compatibility.
Click to expand...

hey, thanks for the response...the verbs used are from Singapore, made sure of that from what people here had said....

i'm starting to wonder if it may be a wiikey issue because i remember the wii behaving like this with NiGHTS (Jap), when regionfree wasn't turned on the drive would just spin down and then give the question-mark error..

ah well, i've spent enough on DL media...the way I see it, not being able to play SSE and the other modes now is only preserving the surprise when the official North American release arrives on march 9th..

(If my Wii even reads the real one..Fingers crossed.)

have tried this as well, but no luck....if this launch wii doesn't read the NA release it's gonna suck big ones...