Hacking Wiiflow and Nintendont -- Could really use some help.

Hi again guys, I've spent the last few days trying to get my new wii setup to play backups, GC games, and VC games. I have to preface that by saying I'm still a total noob to hacking a Wii, so there's a lot of even fundamental stuff I still don't know. That being the case, I'm feeling a bit hopelessly lost on what to do at this point; especially since I'm using a Wii without brick protection.

So far, I've managed to get everything installed up to Wiiflow and Nintendont, and I've tested a game on both of them to make sure they work correctly. The thing is, I'd like to make them work together, but I'm having a hard time finding clear instruction on how to do that. I installed the standard version of Wiiflow from its main site, but I notice there doesn't seem to be any mention of using Nintendont with it. Then I find that you can use it successfully with Nintendont but you need a special modded version of it (made by Abz.)

I also still wanted to set up my Wii to play virtual console games, but I'm hoping that will go smoothly enough if I just follow Abz's guide. I'll probably try tackling that tomorrow.

Anyway, I think that covers most of what's been confusing me. If any of you guys could give me some help, I'd truly appreciate it.
A

Anyone able to give me some advice on the Wiiflow issue? Do I need to uninstall it in order to update to the version that supports Nintendont? Do I just delete it from the apps folder or is there some other step I need to take? And what about the forwarder for it that I installed? I just want to make sure I don't screw anything up. 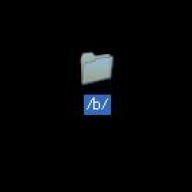 it is driving me crazy as well. i tried new versions of wiiflow from fix94 and it didn't help. not sure about that from abz.

i'm just giving up and using nintendont as an alternate loader when i will plan GC games. doesn't help that it freezes if i try to exit it... well, don't care since i have to use real controllers because all games i play use the GBA cable. so i can't reset without going to the console and pressing power anyway. so i never get to the point where it would freeze 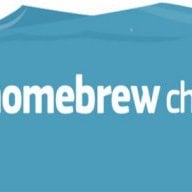 you can run wiiflow from usb and. you can store wiiflow on the sd and the games onUSB

You can use the normal version of WiiFlow with Nintendont but it won't automatically load the games in. You need Abz's version: https://gbatemp.net/threads/wiiflow-4-the-masterpiece-pack-by-abz.336543/

Nintendont is much better than Devolution or Dios Mios. The only thing Devloution has over Nintendont currently is Broadband adaptor emulation to use the PSO games online so I have both installed on my SD card and just set PSO to use Devolution and then have the default loader set to Nintendont for everything else. 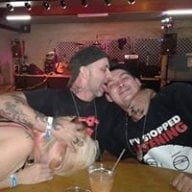 Hello I have read serveral posts and videos on installing wiiflow etc, work arounds and fixes. However im still having the issue where nintendont wont exit without blackscreen freeze, in wiiflow the nintendont plugin is no longer avail after the mastermod install. is there perhaps a detailed guide or anyone free to help walk me thru how to correct the issue with wiiflow and nintendont. also after the install of mastermod I can no longer seem to get dios mios to even launch, it shows games but black screen after, same with dev loader and usb loader gx says that the dol is no longer present for nintendont but its in folder. the games with launch without issue by homebrew or nintendont app outside of wiiflow. but freeze after clicking exit. ty sorry the post is amess as im at work lol.