How come vita is having a dreamcast emulator, is this really mean that Wii u is less powerful.... or what is about it ( why people that is porting it would think a vita can run it better than a Wii u?)
Sort by date Sort by votes 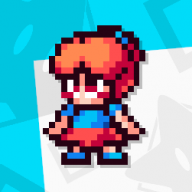 An emulator isn't the best choice to compare the power of two consoles, as PSVita and Wii U uses different hardware components and architectures.
but from an overall technical perspective, a Wii U is more powerful than a PS Vita
Upvote 0 Downvote

There's a lot of differences in both architectures but as said before, the Wii U is more powerful then the Vita.
A console from 2011 beats a handheld from 2011 hands down.
Upvote 0 Downvote if you want to talk about raw power then yeah its more powerful but lots of things make a diference.

1- the wiiu barely has an codding to use the gpu, most emulators in wiiu mode just use software rendering instead of using the actual GX2 gpu native mode it has, most of it never was researched enough.

2-Vita is Arm based device and wiiu is a ppc based device, and you know what other arm devices exist? well every smartphone and there are alot of emulators very well optimized for and already made for them due to the huge install base of smartphones, the wiiu being ppc like xbox/ps3 barely have anything made for them since ppc isnt much used even back then so no emulators exist already that could easily be ported to ppc since without dynarec they would run like ass.

3- fan base, the vita has a much larger developer base with interest in the device while wiiu doesnt, afaik there are no devs at all still working on wiiu, they all gave up on it years ago and moved to switch(another arm based device along with 3ds)

So yeah its 1st a lack of material codded in the same language, lack of interest since developers left the wiiu in the dust long ago and lack of documentation on the gpu GX2 which would make it kinda useless.

See psxrearmed port on wiiu it runs like ass because 1 there is no dynarec codding ever developed to ppc for this emulator and second its all not using the gx2 native codding, without dynarec emulators run to a crawl unless you have a monster cpu which the wiiu does not.
Upvote 0 Downvote

Hacking Half Life Wii U

Hardware So I've added USB-C to my gamepad in Feb., now it was the consoles turn.