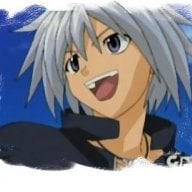 also there are some erros in some of the USA to japp compatibilty. Now i dunno how been modifying it but certain games like for example Mario and Sonic at the Olympics is reported not working on japp wii yet ive had the agme for months and found no problem. Besides this there are games like soul calibur legnds reported not to work when i know it works and otehr gams have been changed around.. Now i dont know to trust the list because there can be other erros in games reported not working yet i know for a fact some do.

Well it's a wiki. So if you find errors, correct them.
B

I noticed some 'working' games change to non-working, even though they still work.. but I wish it would get updated a bit quicker 8) I might have some games to add to the list..

it's a wiki for a reason

go change it yourself

btw i'm curious if endless ocean(ntsc-us) can permanently damage my ntsc-jpn wii set
the wikipage comment for that game says (working - update not tested) for quite some time
anyone who had tried it can update? thanks in advance