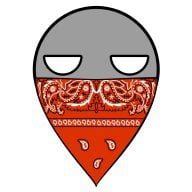 I'm hoping someone from here can help me because ive been tearing my hair out for the last couple of hours. So i picked up a Wii from the swap shop today and i brought
it home and it was on 3.4U so i updated it to 4.3U and installed the Homebrew Channel through letterbox like i have for every other Wii ive modded and than i loaded up the SD card with the d2x cios installer and usb loader gx. I use witgui which is a Wii and GameCube game manager for Mac OS X to load a gamecube game and two Wii games that i know work on the other Wii i modded. Now when i launch usb loader it recognizes the flash drive and shows all the games as blank titles with no image or names or anything, and when i launch the titles the screen turns black and then brings me back to the homebrew channel. I have tried d2x cios v6 v8 and v10 with of course 56 in slot 249 and 57 in slot 250 and still haven't gotten anywhere. If someone could help me id really appreciate it.

your syscheck version is a little old (it doesn't display the IOS base), but you said you used base56 and 57 so it's fine.

Does WitGUI really detect Wii and Gamecube games and put them in the different and respective folder?
or did you install gamecube games as if they were Wii games?

if you put gamecube games in /wbfs/ folder, they will not work and will be recognized as blank (due to either expecting Wii header).
For gamecube games, it's probably better to just copy the games to the /games/ folder.

I can run a new version of syscheck if that would be beneficial. It's just weird because ive use witgui plenty in the past and never run into issues, the software basically formats the drive as WBFS and allows you to drag and drop the iso and the software handles the rest. I can try formatting the drive as fat32 and by adding the games manually. Thank you again for your quick response

You don't need to post a new syscheck, what you said was enough.
If it format the drive as WBFS, then only Wii games can be played, not gamecube games.

use WitGUI for wii games (even on a FAT32 partition)
Copy gamecube games manually in this format: /games/Title you want/game.iso

T
How to start fresh on homebrew

N
GCMM Not Showing in the Homebrew App (Wii)

Just Dance 2014 on USB loadergx sends me back to hbm