This one looks pretty good.
R

wow it took over a year to get the USA version...this game was quite good actually

Yeah, I burned the PAL version a few weeks ago. It's a pretty fun game, I highly suggest it.

I played it on xbox1 a bit. As far as I remember it was just another shooter. But it had a talking gun and helmet which you could level up and stuff

eu version was released ages ago.
but it's a very nice game, it's worth downloading
S

Makes sense just because Rogue Trooper was actually popular in the UK, but virtually unknown in the US. This was my favorite UK comic after Judge Dredd!

Well, for anyone wondering...

The game is based off the British comic series 2000 AD. You're Rogue, a genetically enhanced super soldier and ex-member of the Blue Man Group, whose sent down to the Quartz Zone (which looks like the eastern part of Africa, according to the Nu Earth load maps) on Nu Earth. You go down with 3 friends: Gunnar, Bagman, and Helm. Gunnar and Bagman are shot and killed in the Quartz Zone... Well, not entirely killed. Each soldier has a biochip that can be taken from them and embedded into weapons. So, after you encounter a dying Bagman and Gunnar, you install them into your backpack and gun, respectively. Anyway, the entire invasion force (which is you) is told to retreat, but gets massacred by the enemy forces, except for you. Helm is kidnapped, you go rescue him, but he dies and you install him into your helm. That's about as much as I'll tell.

The game is a combo of standard third person shooting, tactical shooting, and stealth. Each of your biochip-installed pieces of equipment can do unique things. Gunnar in your gun is more accurate, can change around into different guns (sniper, rifle, shotgun, etc), and also be deployed as a turret. Helm can hack into computers and doors, attract a guard (similar to banging on walls in Metal Gear Solid), and project holograms of you to fool bad guys. Bagman can produce weapons, ammo, and upgrades for you, as long as you salvage materials (which you get from miscellaneous garbage as well as dead baddies).

From the few levels I've played, it's quite a bit of fun. Stealth isn't as great as I'd like, but it's still pretty fun. I suggest it. 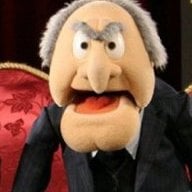 Isn´t this the game that was released a long time ago for pal?

I think I played it while i was burning DVDs.

Or is this a sequel?

camurso_ said:
Isn´t this the game that was released a long time ago for pal?

I think I played it while i was burning DVDs.

Nope, same game. It took quite a while to get a USA release and even then, it had like 0% hype so it wouldn't get dumped quickly. I think this was released a few weeks ago in the USA, if you were wondering. 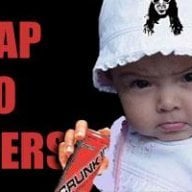 Better than most on the Wii.

On the Xbox, PS2, PC it was just another action game unless you were a fan of the comic, on the Wii its essential to anyone wanting something like this. Its pretty much the best version out there, the developers put a lot of care in porting Rebellions game to the Wii.

Nintendo Wii U Jan 26, 2022
tpn
T
M
I, unfortunately, own a Japanese Wii U in the USA. Wii Party U will load with Spiik but Mii data does not load.

@ Psionic Roshambo: Well it's great here but south of Tampa got wrecked Today at 1:40 PM
Chat 0