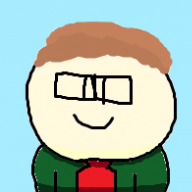 Ok, recently I bought a TP link adapter with an antenna on it because it would have better signal (because I'm 2 rooms away from my router).

When I bought it, it worked fine, perfectly even!

But now, it doesn't load webpages as fast as my previous adapter. It takes some seconds before, say, gbatemp pops up!
Now, I would automatically blame chrome, but then I opened task manager and simultaneously opened gbatemp, it didn't even receive a single kilobyte for a few seconds.

Two rooms down the hall would affect your range, that would in return affect your speed. GBATemp is being sluggish today, so there is slow down when browsing the site, you can check if other sites you visit load or not, long term you should invest in a mesh wifi.
Last edited by Hayato213, Aug 12, 2021

yeah, temp has been sluggish for me as well. this seems to be the case for several people due to the influx of double posts of the same message. I'm assuming the member didn't think the post went through, because it was taking too long. and, temp was down yesterday for a while.

Oh, so I automatically blamed my adapter.
Nice...?

possibly nothing wrong with your router. the router in my house is in my room (upstairs), and I usually don't lose connection unless I'm pulling out of the driveway. downstairs -- it's fine.

Yeah, the adapter seems to load up really fast in other websites.
I just targeted gbatemp for no reason.

@ Psionic Roshambo: I say the same thing about hookers 11 minutes ago
Chat 1