Gaming Which Game should I get?

Thinking about getting a game for the Wii. The ones I am picking are New Super Mario bros or Wii Sports Resorts, or Call of Duty 4 Reflex. I am aiming on these ones.

New Super Mario Bros> Not sure if its a good game. Don't have lots of friends who like Mario, I personally think these kind of games should be on handhelds. But it looks really fun and I love New Super Mario bros for DS. I still play it on my DS. Is there a big difference with this one and the one on DS?

Wii Sports Resorts> This looks like a very good game. I am leaning towards this one mostly. I think its really fun and multiplayer will probably be sweet. But not sure does this get boring? I already got Wii Sports. This needs a Motion plus so I can't play it multiplayer since my other controller which I am going to buy won't have a motion plus. But this game looks sweet

COD Reflex> I played this game a lot on the PS3. Is this as good as the one on the PS3, are the controlls good? Are the graphics good. Is it worth getting?

So which one you think I should get?
C

I would pick NSMMB. Great game!

I had never played Reflex on any other system before, so I am reeeeaaallly enjoying the online play, but if you have played it on PS3 before, it may just be a rehash for you.

Wii Resort is a great game for multiplayer, but I must say I rarely ever play it unless I have a group of friends over.
T

CoD Reflex: You said you've played it a lot on PS3, right? So get away from the Wii version. Don't get me wrong, it's an amazing game for Wii, but if you compare it with the 360 or PS3 versions, it is obviously inferior. And since you've already played it, I'd rather play a new game than to play something I've played befor.

Wii Sports Resort: It is as awesome as the first Wii Sports, no more, no less. Of course, there are more games and such, but you know, it's still Wii Sports afterall. If you are aiming for multiplayer and have "spare" Wii Motion Pluses, go for it, otherwise, skip it.

From your choices, I'd go with NSMBW, since solo play is fun, and multiplay is a chaotic havoc (in a good way >-p).

Where's the "buy an external hard drive and pirate all these" option?

I would just buy two WM+ and a small stack of DVD's and huzzah, all problems are solved.

I am definitely getting Super Smash Bros...

When I said I played the game a lot on the PS3 I meant that I played it in my cousins house. Like 1 once a week. So I never had the game and I never beat it I was just playing Quick play and online. I haven't ever played the Story line.
J

Location
In front of computer...

jakob95 said:
I am definitely getting Super Smash Bros...

When I said I played the game a lot on the PS3 I meant that I played it in my cousins house. Like 1 once a week. So I never had the game and I never beat it I was just playing Quick play and online. I haven't ever played the Story line.
Click to expand...

So you're getting Super Smash Bros? After listing those three games?

Anyways... Go for reflex, you wont regret it... (and i have all three games)
M

definitely NSMB. Ive only played it single player and its fantastic, cant wait to play it multi player 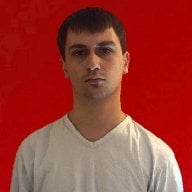 get them all. In fact get all the wii games.

Ehh I am leaving Wii Sorts Resorts now cause I won't be able to play multiplayer on it. So I am leaning to New Super Mario Bros or Cod.

CoD Reflex, I don't like NSMB that much.
Great game though, but I suck so hard in it

Not Reflex, because buying the same game for two systems is wasting money. It's basically the same thing.

I would go with NSMB Wii. It's absolutely stellar.


hughjass said:
get them all. In fact get all the wii games.
Click to expand...

If he had the cash for that he wouldn't be asking.

jakob95 said:
I am definitely getting Super Smash Bros...

When I said I played the game a lot on the PS3 I meant that I played it in my cousins house. Like 1 once a week. So I never had the game and I never beat it I was just playing Quick play and online. I haven't ever played the Story line.

Advice Dog said:
Not Reflex, because buying the same game for two systems is wasting money. It's basically the same thing.

I would go with NSMB Wii. It's absolutely stellar.

If he had the cash for that he wouldn't be asking.

Wii Sports Resort is a turd. Only reason to get it would be to test-drive the new motionplus, and unfortunately, that's all there is to the game. Another cheap mini-game collection with no replay value. None at all. Got bored with every last mini-game after like 5 rounds.

I don't see the point of buying CoD4 twice, especially since the Wii version looks so much worse and doesn't have quite the same great atmosphere as the original...And what about multiplayer? Multiplayer was THE best thing in CoD4. And now it's on the Wii. 'Nuff said. Is there no way for you to play Modern Warfare 2? Like on the PC?

NSMB is a great game, but kind of a disappointment if you've played all the other Mario games as much as I did. It's just not on the same level, especially for the time. It would've been very impressive on the N64, mildly impressive on the GameCube, and now it's 2009, and Little Big Planet, which is far more impressive in every way possible, just can't be unseen.
It's also way too easy for skilled players...The 1UPs just keep stacking up until you've finished the game...For me there wasn't even one scene in the game that I'd call "challenging", mostly due to Mario's new moves which allow you to correct pretty much every botched jump as well as items like the propeller suit, which makes everything way too easy.
It's still by far the best choice out of the bunch, though.

well, if he doesn't own the game itself, then I would definitely recommend it over NSMB.

Anyone have any other advice?
T

I would say no to NSMB personally as it's not as good as MW or WSR. I'd have a really hard time deciding between WSR and MW. I always play WSR, the controls are amazing but MW is growing on me too, the online is really seamless and the campaign is great too if you haven't played it before.

Its just that I won't be able to play Wii Sports Resorts multiplayer. Since I will only get one Motion+ but you need another one to play multiplayer in it.
G

One thing to say Pirates don't ask about game selections lol.... just kidding get call of duty what are you thinking....

How the heck do i get WIT to work with my game files?