Gaming What Virtual Console games will be available for the Switch? 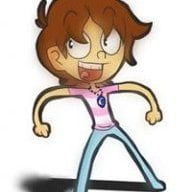 I know NES and SNES are a no brainier. But what about N64, GBA, and DS games and eventually GCN and Wii games? Some people say that the Switch can't play DS games because it requires another screen. Well the Wii U did this fine by using a splitscreen and unlike the Switch, could use a TV screen for the top screen. Wii games could work because the JoyCon acts similar to the Wiimote and the console even has motion controls. The Switch also has a touchscreen, but there would need to be some way to make it to where you need a stylus, which the Switch doesn't use; unlike the DS, 3DS, and Wii U. N64 games need to come since no handheld can emulate them that well. The Nvidia Shield and the GPD XD come close, but still has some woes with games like GoldenEye 007.
Last edited by 03bgood, Mar 31, 2017