Hacking What are the pros, cons & risks in homevrewing the wii u?

Hey guys, i have not been on here in a very long time. I used to check to see how far the wii u brewing was coming along, but didn't look like it was going to be able to do much soon and i took a break from games.

I gave my ps3 and white wii to my nephew, my red wii to my mom, my wii u, and pikachu 3ds to my niece since her wii u got stolen and her 3ds got lost.

So now that we're all caught up, what are the pros, con, and risks of homebrewing the wii u? For the wii, the serial number had to not begin with certain letters, is something similar to this for the wii u? I got the wii u first day.

Please help me get caught up.

Oh and i learned the wii u homebrewing was better since my coworker borrowed my smash bros and told me he copied it, i asked how, he said don't worry about it, i laughed and said you homebrewed your wii u, he was like yeah lol.

All of your questions and concerns are answered here https://gbatemp.net/threads/the-definitive-guide-to-wii-u-hacking.396828/ 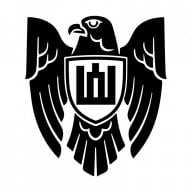 Kernel hack is pretty safe, and you can't play online with backups. Don't play modded online games and you won't be banned.

Help how can I unbrick my wii u whose memory (eMMC) is empty?

G
Hacking Newbie here- How do I install WADs on my Wii U without bricking my vWii?