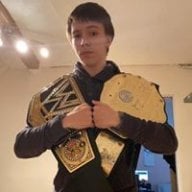 a friend of mine got a flashcard to his hands which model and manufactorer are unknown. At the menu screen it's recognised as:

He tried already several Firmwares, not one did fit. it just hangs up:

But we got already some infos by recherching in the web. So at first what we got:

<- That's the flashcard we got, but also can be found with this cover and same board ->

Several weeks later we found this on the web:

Except the board itself and the DIL (here an Winbond Apacer) everything is the same (PLCC etc.).
Firmwares with a directory structure like in the DLs here -> (r4igold dot cc) seem to try to boot, but fail.
Does anybody have any informations about this card? We're trying to get it running for months now.

With friendly greetings from Germany,
theANY

No one has got any information 'bout this? We really need help with this because we need a dump of the card and a correct flasher. Since a bad updater did demolish the flash the card isn't recognised by the home screen. But it seems to be a clone of the 2013 R4i SDHC Dual Core...