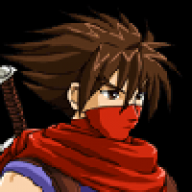 - I just voluntarily to CFW a friends PS3 ever since I discovered about recently downgrade method.
- Last time I touched a PS3 was I think a decade ago. But I knew how to put CFW in a FAT PS3 on less than 3.55 firmware.
- Console seems to be from the US, possibly model CECHA.
- According to my friend he stopped playing it years ago due to lack of interest and has a busted bluray drive. But it can go to PSN.

So anyway, plugged the PS3 to the plug with a downstep adapter. Red standby light comes up. Once I touch the power on button, light turns green and console beeps, for 1 second, then I notice the HDD light and MS card slot light up for a split second. However a second after that, the console immediately shuts down. No fan sound, back to red standby light.

Any help? I'm starting to think it may be a hardware issue.
D

It seems like its either the psu, hdd or a chip issue cpu,gpu etc...

Foreplay. It's all about foreplay:

"Oh baby flash those lights at me oh yeah"

Is my system bricked? It won't turn on anymore (not even in Safe Mode)

Hardware help PS3 powered off won't power back on chech 4001B