this is an article relating history of focus, and there's a line about trackmania DS.

video on a DS
E

looks good, hopefully its out soon

Trackmania is indeed comin to the DS

"Nadeo's well-received TrackMania series of PC racing games will see an iteration on Nintendo DS, according to a slightly tweaked version of publisher Focus Home Interactive's media blurb on the official website of publisher-oriented event Game Connection.
The relevant passage reads, "The coming months will be exciting and full of surprises with the release of highly awaited games such as Blood Bowl, TrackMania DS, Runaway on DS and Wii, or even sport games dedicated to major events such as the Tour de France." (Emphasis added)

There has been no official announcement of the game. Shacknews founder Steve Gibson, who recently purchased a Nintendo DS and is known to go weak in the knees at the mention of TrackMania, has yet to be informed of today's news."
J 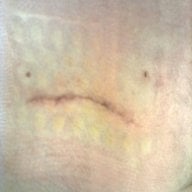 Seconded. I loves me lots of Trackmania. Not because its one of the few games my computer can still handle but because it is such a great game.