PS1/2 Thinking of getting a PS3 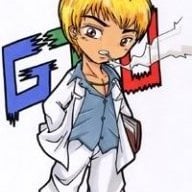 2) yes
3) it like 1 inch wider, and 2 times higher
4a) no you dont, but youll suck at online games cuz you would be able to see other player good (shooters), i bought a 22" PC screen with HDMI with it
4b) yes it does, its like the same as the wii, you got that 3 colour thing, and a mid-piece (transformer thingy)
5) uhm no, only the american 60GB ps3 can play ps2 games
6) you can link some games, like the new resistance for pc3, you can play it on you TV if you link you psp with your ps3, or if you have resistance 2, youll get some unlockables. there is more from this stuff, not much but there's coming more and more

(note though normal TV+ NORMAL CABLE you will not get full res or even HD BLURAY playback obviously just normal like dvd playback!) but BIGGER is ALWAYS BETTER

6) with PSP you can do REMOTE PLAY .... stream internet and music and bbciplayer and youtube to your PSP and you can also transfer downloaded PSN titles for PSP via the PS3 to the PSP via wifi along with PS1 games that run on PSP (Although If you have a CFW PSP then you can do these yourself anyway and demos for PSP can be downloaded via PSN on the PSP itself or from the NET via PC

yeah EUR versions also play PS2 GAMES so long as its the 60GB or higher ..60gb has the hardware+emotion engine the 80gb+ emulates PS2 hardware works but not as well as the 60gb with the hardware

Honestly if you are getting a PS3 dont go for the 40gig, go for an 80gig model. After you put some media on it, and install some games (almost all new games need an install) that 40 gig will look pretty small. When I first got mine last month, before I put any kind of media on it and had played about 6 games and had a couple of demos off PSN I was using around 36 gig of space up on it.
A

The PS3 harddrive is pretty easy to upgrade, if you can get the screws out (They can be hard work). You then put a 2.5" drive in, then the ps3 will ask you if you want to format it. At the moment I've got a 160gb harddrive in the PS3. But you can fit a 500gb harddrive.

adgloride said:
The PS3 harddrive is pretty easy to upgrade, if you can get the screws out (They can be hard work). You then put a 2.5" drive in, then the ps3 will ask you if you want to format it. At the moment I've got a 160gb harddrive in the PS3. But you can fit a 500gb harddrive.
Click to expand...

yeah the PS3 was designed to be able to put your own 2.5" Sata drive in they are pretty cheap anyhow

Yeah but when you first get a PS3 you dont want to be messing around changing HDD's. Best get a 80gig for now, use any extra cash on games, and when the price of the bigger HDD's comes down upgrade then. That what Im planning to do.

I heard the max hdd space a ps3 will take is 250GB, you might want to do some research before you buy an hdd.

sjones900 said:
I heard the max hdd space a ps3 will take is 250GB, you might want to do some research before you buy an hdd.
Click to expand...

No thats untrue, mechanically theres no limit to the size of a HDD you can install. Probably when the PS3 came out the maximum available 2.5" HDD size was 250gig. But recently I have seen 320gig HDD's on sale that state they are PS3 compatible.

1) Can't say don't live there
2) Yes
3) About nearly twice the width, and height I'd say about 33% taller.
4) I'd say a 15" TV sucks period for any 3D system as it makes seeing farther back depth impossible. I use a 26" widescreen lcd for my fun time.
5) Not anymore, older models from about a year back to start did. BUT, I should add any PSOne games from the PSN shop will work on the system. The firmware still has the ability to form a virtual memory card for them. I bought for my PSP like 6mo ago SF Alpha 1, about 3 days ago I installed it also to the PS3. Seems Sony isn't touchy about me having 2 copies for the price of one.
6) The PSP can be used to do remote play. You'll want to look it up for all details, but you can view saved to the HDD movies and run saved audio too (but not off actual discs for either), use the superior web browser on the PS3, use it's other XMB features such as viewing pictures and junk. Playing PS3 games won't work, BluRay or DVD won't either, a select few PS3 games I think may work but 99% don't. PSOne games will run on it jacked together. Also in Japan only so far, you can fake out the PSP do run local multiplayer through the PS3 using a combo of wired(ps3) and wifi(psp) to do wifi multiplayer in games.

I've been doing research on stuff as I go about things as I jsut got a PS3 myself last Saturday.

A
UnleashX Xbox reboots itself at random on system menu, what is it and how do I fix it?

@ KenniesNewName: The colonel takes pride in his cocks 42 minutes ago
Chat 0