Hardware Switch won turn on - seems to be stuck in RCM? 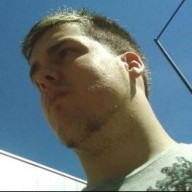 Seem to be having some fun and games with my switch.

I have a day 1 switch, that's exploitable. Everything was fine, console had full battery.

Turned it off via the Power off option on the console. Turned it back on, nothing. I've not got AUTO RCM turned on or any exploits running at this stage and was on standard fw.

Turn it on, nothing, doesn't boot. I plug it into my dock it flashes red once but nothing on the switch screen.

Pressing and holding the power button for 15 seconds and turn it on, nothing.

However if i press and hold power for 15 then try to go into RCM Mode using power and volume up with a jig, my PC will see it in RCM mode but i cant seem to load a payload to it. Really odd. Literally all i did was turn it off. Ive been told to let the battery deplete and try again but anyone ever seen this before?

I've ran Parallels on my MAC too and run TEGRASMASH on it and it says its sending and loading a payload with a green icon and seems to load ok but the screen just doesn't light up.

Any ideas? Im at a real loss.

S
After updating my switch CFW and hekate to latest, RCM Loader no longer works

Black screen with ofw, I can enter rcm and hekate but when launching atmosphere black screen

Hacking Nintendo Switch in rcm not connecting to computer