If you seen my TX counter points. You'll know the format. I bring a opinion, and then counter it. This time I'm talking about atmosphere and the community. As a reminder, this is to bring to light flawed arguments. And stop ATMOSPHERE IS SUPERIOR TO EVERYTHING.

And by showing flawed arguments, we can argue, at least, hopefully, a little bit more respectfully. Do note, I find a lot more flawed arguments with sx os than I do with atmosphere (due to my own biases). So as a request. Tell a flawed argument you've seen for atmosphere. I'll happily edit it in with the proper counter point. I'm someone of my word. I promised to look at both sides flaws. So I'm still going to do so. Even if my bias disagrees with it.

"SX OS is not worth anything. Go use (put cfw here)"
Again, worth is subjective, usually this argument is used after a person in support says it's worth their money. Which is a valid opinion if they feel that way.

"Atmosphere is better than SX OS"

Better, is again, subjective. There isn't any qualitative way of saying which cfw is "the best" Each has pro's and cons. And maybe the pro's in sx os out way the cons for that individual.

"It's easier to get, put cfw here. SX OS looses."
Easiness is again, subjective.
Counter point: Some people find it easier to use something they buy. Maybe they feel more comfortable in the hands of a company than the community. Which in itself is a valid point.
And or they strongly trust TX for a good product. Which that trust can be valid.
Or, and this is a big one. They like having everything in one place. While true some of us feel it easier to look around the community. SX OS users may feel it easier to just go to the same site, and grab the file and be done with everything.

"TX is morally wrong. You shouldn't be using their stuff"
Counter point: You yourself are also morally wrong if you use atmosphere. You break TOS just using cfw. Again, some people prefer a different custom firmware. Which again, is valid. If they want to use it. They can use it.

"NSPS are better in every way than XCI. NSPS/Atmosphere for the win"
Counter point: I intentionally left this out on the previous thread. And that was time of installation. A network install takes more time. And so XCI has the advantage, in both when it can be run, and setup. So in this case. A SX OS user would prefer time. Which a valid opinion. Which can make, and in this case, makes a xci superior to a NSP.

"EWW gross why do you use SX OS?"
So here is another point and that's timing. People, especially inexperienced people. don't want to deal with compiling code. And that's where release becomes important.
On the other thread I stated when someone releases something, it's packed into a bow tie. And SX OS was first to release, so why drop something that isn't broken if it already works.

Now I'm going to bring up one that requires both a sx os elitest and a atmosphere/community elitest.
"I don't care if the update is stolen code. It's still support." Sx os elitest
"It's not valid support because it's stolen. It's just reusing code from atmosphere!" community elites
Since there isn't any formal form of validity in regards to this. Both sides are actually correct here.
If we ignore that it is stole code, and look at it from a purely objective side. Then the TX boy is correct. It's still support. Looking at it from a moral and subjective view, the community boy is right, it's morally wrong support.

My point is, community boys need to stop attacking TX boys and vice versa. And we all just hopefully can agree together that switch modding is awesome objectively.
previous thread. https://gbatemp.net/threads/switch-sx-os-counter-points.517035/#post-8259734
Last edited by , Sep 3, 2018

You are personally not a fan of TX, correct?

Therefore any non-biased views cannot exist, no matter how much you can look through a non-biased lens.

My non-biased take on things is... (I don`t game, and in my trinket thread I support SXOS and FOSS stuff)

Squabbling over GPL licences
Squabbling over who has done what
Too many politics involved regarding different teams / people / gender reassignment etc etc
Difficult to get working for new people due to the amount of CFW and different patches/files for each. No common standard, really.
For a new person to switch modding, you cannot deny it is a minefield.
Intolerant of SXOS users.

The Go-to solution if you are not too technical. Games just "work"
Kid friendly. More peace and quiet for non-technical parents.
XCI loading - possibly reduced ban-risk. Drag and drop. Simple.
Built-in stealth, enabled or disabled in black and white so no misunderstandings (green and white actually)

Payware
Homebrew is very hit-or-miss
Closed Source
Some elements stolen / borrowed / insert from open-source projects and no credits or acknowledgement of authors who did it.
Think Atmosphere users are saddo`s.
Last edited by mattytrog, Sep 3, 2018
Reactions: Canna
D

You are personally not a fan of TX, correct?

Therefore any non-biased views cannot exist, no matter how much you can look through a non-biased lens.

You are correct. However, I'm still going to put in effort to be non-biased. And the thing is. your argument is a tiny bit flawed. Everyone is biased. So you might have bias to either side. But yah, it is true, I have bias against them. And to counter that, that's why I asked counter points against atmosphere. So I can at least negate that bias and fill up the list.

But I use both. Not for gaming, but for testing. Engineering and modding / building things is far more valuable to me than being in whatever limited world some game designer wants you to be in. I`m into my Amiga / Raspberry pi & 8-bit emulation.

My bench unit (one of them) is running every FOSS mod. Do I use them? No. I test to see what works and what doesn`t.
My sons unit uses SXOS as he is 4. And loses things. I could have just purchased all his games from the eShop, but I`m too much of a tinkerer and will be banned. Eventually. Not taking the risk losing the lot. He could use NSPs, but if he did manage to connect to the net, its game over.

Thank-you for taking the effort to be non-biased, but if you already have your opinions, then no matter how hard you try, your opinion can never truly be subjective. That isn`t a fault on your part, it`s just the way it is.
Last edited by mattytrog, Sep 3, 2018
Reactions: Canna, BL4Z3D247 and JoeBloggs777 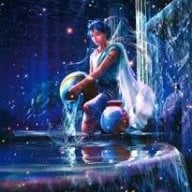 I think people are taking things a little bit personally.
For my part I believe the argument should be directed at TX devs (who are at fault) rather than the users (who have done nothing).
It also works the other way round: comments directed at TX don't necessarily target TX users.
But at the end of the day everyone is entitled to their opinions and behavior.
D

Zumoly said:
I think people are taking things a little bit personally.
For my part I believe the argument should be directed at TX devs (who are at fault) rather than the users (who have done nothing).
It also works the other way round: comments directed at TX don't necessarily target TX users.
But at the end of the day everyone is entitled to their opinions and behavior.
Click to expand...

Hacking Atmosphere and EmuMMC not launching on my Switch