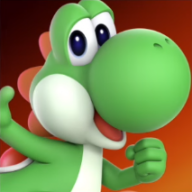 As of October 7th, 2021, I updated this, the Super Mario Bros. NES font via FontStruct. What's changed? The asterisk (*) character.
https://drive.google.com/file/d/10bCAxc4-PxVnD5lqDZFi7POS8YNhQpI1/view

@ KenniesNewName: Was his name big bob behind a brick wall? Today at 3:00 AM
Chat 0