Hacking Some help with an used Wii gifted to me, hardmod or softmod? 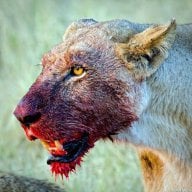 I need some help with an Wii.
It's a white Wii, I traded it with a friend for my DS(We both did almost every thing we wanted with our consoles), and it came to me modded, and he bought from someone else, already modded.

Problem is, I don't know if it was hardmoded or softmoded. From the much I've learned, it was hardmoded, because there is no homebrew channel in the menu. It runs Gamecube games, as well as Wii games directly through the Wii disk, like if it was original.

So I put a backup of Just Dance 2014 to play, and it requires a software upgrade. I refused, and decided to play something else, but still, I like this game. And I'm getting an error loading Monster Hunter Tri and Zelda Twilight Princess, when I try to play, I get a disk read error, maybe some error in the burning, I burned with Alcohol 120% at 3x(The minimum it would let me).

So here are my doubts and options:
Should I upgrade the Wii using the JD2014 Backup?
Should I softmod it, to be able to install Homebrew and get the USBLoader, so I don't need to burn any more DVDs or look for DVD9s to play games like Xenoblade?
Is there a problem, if the Wii is already hardmoded, to softmod it? Is there a chance to brick just by this combination?

I want to continue to play games by DVD, because I have some original DVDs, like Smash, but I would want to play using an external HD, it would save me a lot of time and some money with new games.

Soft moding will still let you run games from the dvd drive. Just run modmii and you should be fine as long as you can read and understand English.

I'd say softmod it with Modmii (tell it it's a virgin Wii and chose 4.3)

Away with the chip and welcome the USB loading.

Are you guys sure there is no trouble in softmoding a hardmoded Wii?

It should be fine . Find the ModMii thread , I think someone asked that same question a few years ago.

can i run wii roms of a burned cd?

F
How can i wii Disk channel patchen

@ AncientBoi: scheduled to arrive in about 5 days 11 minutes ago
Chat 1