elk1007 said:
I would post a survey detailing various controversial political stances.
After submitted, it's locked to the user account.

Once the survey is completed, the user can only post arguments for the opposing stance (devil's advocate).

I imagine many people would learn something about their own beliefs and everyone else would write political satire.
Click to expand...

What if expressing the opposing stance would get you banned?

Maybe blacklist sites? We already closed a thread because of a nonsensical "source".

KingVamp said:
Maybe blacklist sites? We already closed a thread because of a nonsensical "source".
Click to expand...

If we allow mainstream American news though then that gets to be a philosophically hard concept.
Reactions: Creamu

FAST6191 said:
If we allow mainstream American news though then that gets to be a philosophically hard concept.
Click to expand...

I agree, if we only allow for mainstream thought, we won't have a chance to prevent the phenotypical revolution and mankind would be doomed.

I never knew this post existed, and it is quite old already.

Anyway, as a boss I wouldn't change anything. Sometimes there are messages like "you're too dumb to understand" or something on those lines. Usually are the same people doing that (there is a mod among then), but really I don't know witch measure would be good for that because It is annoying and counter productive, but it is not something big enough to ban or warn people.

Bring discussions here and to EoF from the gaming sections is something good too, but it is already being done, so nothing to say about that.
Reactions: Creamu 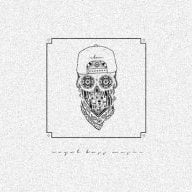 Location
In your mind

does anyone know what the "ignore" button on certain members profiles do?

mainly interested in using this feature for some of the politcally charged members.
Im here for videos games and immergent tech /mods not to read opinions, speculations, and consipracy theories.

HellaJvke said:
does anyone know what the "ignore" button on certain members profiles do?

mainly interested in using this feature for some of the politically charged members.
I'm here for videos games and emergent tech /mods not to read opinions, speculations, and conspiracy theories.
Click to expand...

I think it collapses all their posts (you can choose to look at them) and also prevents DMs.
Ignore me and find out lol
Reactions: Creamu

@ mthrnite: if there's a temp area on the smaller drive that might trip it up idunno A moment ago
Chat 2