Homebrew SNES and Game Boy Games Not Working With TWiLightMenu++

Hey, so I recently modded my DSi in order to mainly play SNES and Game Boy games, which is why this issue is so frustrating for me. I'd like to know if there's any way to fix it so I'll give you all the information I have:

If you have any ideas, or any potential alternative emulators, I'd really appreciate it! Thanks in advance!
Reactions: banjo2

In both cases, it's just a blank screen. Nothing loads at all.

rencii said:
In both cases, it's just a blank screen. Nothing loads at all.
Click to expand...

Does touching the bottom screen after loading a GB ROM, do anything? 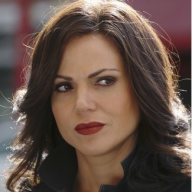 Robz8 said:
Does touching the bottom screen after loading a GB ROM, do anything?
Click to expand...

Well, it's working 100% fine for me, I don't know why it isn't for him.
Reactions: RocketRobz

Nintendo DS Thursday at 6:53 AM
lifehackerhansol

Nintendo DS Saturday at 12:03 AM
lifehackerhansol

@ Ophelia_Later: never heard of it whats it about 11 minutes ago
Chat 2