Hardware SDXC card on Wii - looking for a tester.

Wikipedia says that if an SDXC card is formatted with FAT32 some SDHC compatible devices will still be able to read it.

So, what I was wanting to find is ANYONE (as many people as possible) who actually owned both a Wii and an SDXC card to do a little test. All it entails is formatting the SDXC card to FAT32, sticking it in the Wii, and then telling us it if recognized the card (any further details would be appreciated, too).

You can use this to format to FAT32

IF you want to format it back to the official exFAT when you're done, you can get the app here.

-Byte addressing as used by standard SD cards can address up to 4GB but FAT16 has a limit of 2GB. A few 4GB SD cards do exist but they break the official spec because they have to be formatted FAT32.
-The 32GB limit for SDHC cards was chosen because Windows normally doesn't let you format anything any bigger to FAT32 but FAT32 in itself supports up to 2TB.
-Although the addressing used in both SDHC and SDXC cards only supports up to 2TB, the exFAT file system supports MUCH larger partitions.


I've seen this mentioned several times here on GBAtemp but no one seems to already have an SDXC card to to the test and no one was willing to drop the cash to go out and buy one unless they were sure it would work first. That's why we're looking for someone who already has one.

EDIT : another detail that just occurred to me, Swiss-GC also now supports SDHC so if you happen to have an SD gecko, it would be nice if you would do the test there as well. Here's the Swiss guide, just in case you need it. 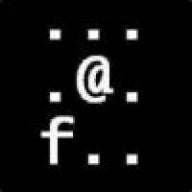 Thanks for doing the test

So what kind of message did it give you?
did it not work because it wouldn't format FAT32 or The Wii rejected it?
Was it 64gb or 128?
What brand was it?
Did you try it with homebrew or DML or something or did you just try it with the SD menu?
Did you do the SD gecko test, too?

I'm really curious about the details.

Although SDHC and SDXC use the same addressing scheme, SDHC only utilizes 26 bits instead of 32 (with the remaining bits always set to zero). So there's a good chance some software drivers won't be compatible.
The reason for the limit had nothing to do with windows or FAT32. None of the SD specifications before SDXC mention anything about the filesystem.
Reactions: 1 person

tueidj said:
Although SDHC and SDXC use the same addressing scheme, SDHC only utilizes 26 bits instead of 32 (with the remaining bits always set to zero). So there's a good chance some software drivers won't be compatible.
The reason for the limit had nothing to do with windows or FAT32. None of the SD specifications before SDXC mention anything about the filesystem.
Click to expand...

So, if it's most likely a software driver issue, would it be possible DML and Swiss-GC (or any other homebrew that doesn't use an IOS for its SDHC compatibility) would still possibly be compatible?
G

I check out someone make it sdxc in wii at http://www.youtube.com/watch?v=OI-2zPetCqU

Having someone here on the thread try it out is a little bit more convincing at least.
http://gbatemp.net/index.php?app=forums&module=forums&section=findpost&pid=4294506
They just tested a few homebrew apps so if it was a driver issue with the System Menu at least there's not a driver issue using whatever libraries those apps were programmed on.
Still can't say much for DML or Swiss which most drove my curiosity but it's a start and with DM out now I guess it's not AS exciting news but still cool to know.
P

Hacking SD card works on PC but not on Wii