The RK2020 is an unlicensed chinese clone of the Odroid-Go Advance project, that did cut out the WiFi module and cheaped out on screen resolution (480×320), but got everything else astonishingly right.

Good digipad, great face buttons, great joystick, good enough shoulderbuttons (4 of them in a single line configuration thats easy to get used to, and doesnt feel too bad either), good design. Good handfeel (a bit boxy, but after a while you get accustom to holding it in a way that doesnt hurt even after longer playing sessions. ).

(Start at this timecode h**ps://youtu.be/cYFbmrqGscQ?t=836 and dont get confused about the non existing devices in the thumbnail of the video. )

The device runs linux, the software images ususally use Emulation station as the fronend with Retroarch as the backend. On several of the distros you can also set retroarch to launch on boot.

The device is basically borderline DC, PSP and N64 capable..
-

On N64 it is not performant enough to run Mupen64 Plus Next, so you are stuck with Parallels and switching its graphics plugins. Super Mario 64 and Mario Kart 64 are playable without many stutters using the correct graphics plugin, more demanding N64 games stutter.

NDS also works generally well, if you arent bothered by a mouse cursor on screen (Drastic Build querk)
(might need to connect a USB keyboard to configure keybindings. (hit M for the Drastic menu to pop up)
-

are the most fully featured distros currently


As the RK2020 is a clone of the Odroid Go Advance, but has fewer buttons Emuelec currently is recommended, as it isnt set up by default so that any button presses change screen brightness by accident (no modifier button double mapped to a face button). Batocera recently has added the rkconsole logo to their site, so with a future build this recommendation might reverse. (If there is a build specifically for the RK2020 it would get software key bindings for brightness and sound. Which is better than no soft keys. But current Batocera versions might change screenbrightness as you play games (modifier button double mapped) )

Another very interesting distro is this one:
https://github.com/christianhaitian/rk2020/wiki/TheRA-2.4-NTFS-(Updated-7-18-2020)

Which has all games stored on an NTFS partition instead of an ext4 partition (Linux), but may lack some features or emulators (NDS, ..). on the plus side, this has the 'extreme core' of flycast bundled as well, so dreamcast performance might be better in some games using that build, and those cores.
--

What every youtuber does wrong.

- Sticking to default resolution with dreamcast games. Which is 320p. Flycast only gives you a minimal performance penalty if you set this to 480p, so do it.

- Not going into retroarch proper to be able to select the actual emulation cores, and not be stuck with whatever was set as the default for that distro and system.
-

You can flash a bios file, that allows you to charge the device while its turned off, which is a huge quality of life improvement.
Search for: "How to charge the game console off?" on the following site: https://rkconsole.com/pages/faqs
After the flash the console will say that it is 'restarting' but it never will. Wait 5 minutes, then turn the console off by holding the power button for 10+ seconds. After that it should work as normal again. If not open up the device and pull the battery for 5 minutes - then it certainly will.

Dont apply too much pressure to the on button, the thing you are pressing is rather fragile (see: h**ps://www.youtube.com/watch?v=PI9cvhIBIjQ ). I accidently broke mine today, and had to solder it back on.

If you are using emuelec - your screen brightness setting might not survive a reboot, so change that in one of the config files to something other than 100% as one of the first things you do - if you are using that distro.

Buy some black stickers from aliexpress while you are at it as well, because the case is transparent and the Leds are _bright_.
--

Overall - most 4:3 games are still a little tiny on the display, which was primarily made for GBA games (native resolution x2), but stretched to 3:2 (no letterboxing), they are definitely playable. And currently I'm mostly enjoying Tekken 3 (PSX) and Soulcalibur (DC PAL), which play almost perfectly on this little device, and I'm having a blast.

Even Shenmue on this is strangely fun. But all in all more narrative driven games (aside from GBA) are hurt by art assets and text being that small.

So all in all, this is a great novelty item - which is actually more than that, if you are into a quick beat em up session (FBA SF3 3rd strike works, Neogeo Beat em ups work, PSX ones work, Soulcalibur (PAL) works (almost no stutter), or some games you enjoy more for the mechanics rather than the art assets (again, the screen is smaaall). And then again, input wise it never feels like a compromise, which to me is the most pleasant surprise.
--

- Charging takes long (battery life should last from 3-6 hours, but charging also takes - hours)
- You have to deal with ext4 file systems on most distros (I installed an Ubuntu instance in a Virtual Machine just for the purpose of copying files over, and editing.) All driver implementations from Paragon Software (extfs for Windows or Mac) turned out to be too unstable to transfer 250GB of retrogames onto the ext4 partition.


If anyone of you tries out the NTFS distro, please give feedback, if you can set it up to boot into Retroarch by default, and if it also can utilize Drastic (Nintendo DS Emulator). Thats Info I actually still need.

edit: Oh, and one more thing, witch vsync disabled in retroarch, input latency is quite low (I can quickroll in Tekken3 on demand, and I'm 18 challenges away in Soulcalibur from a completed mission mode.. ).

edit2: Also its official, I finished a Soulcalibur (PAL) playthrough on this thing. 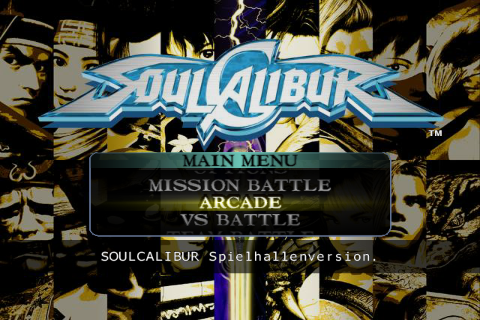 edit: If anyone wants to know the default emulators in Emuelec and doesnt want to ssh into the device, this youtube video lists the most important ones:

Charging problem and occasionally heating up are now fixed by the manufacturer, which makes this a pretty nifty buy.

(Almost no downsides left, Next device to wait for would either be a handheld like this with a bigger 3:2 screen (ergonomics?), or a chip that can actually play Mupen 64 Plus Next full speed. But apart from that...this is good. imho.)


Downside is that you have to almost purchase from http://rkconsole.com now (20 USD shipping cost) to be guaranteed one of the new units with 2 hours charging time.

Any idea if it supports rewind or cheats?
N

The_Hulkster said:
Any idea if it supports rewind or cheats?
Click to expand...

Both items are in the game options list on emuelec. So cheats probably?

Cant test currently, but will eventually.

notimp said:
Both items are in the game options list on emuelec. So cheats probably?

Cant test currently, but will eventually.
Click to expand...

Did you get a chance to test it yet?
Would love to know, especially the rewind for GB(A), NES and SNES.
N

Will do it now, results should be in this thread in an hour or so.

Cheat support is in (works on all of them).


Couldnt get rewind to work though. (Enabled and hotkey set, and keyboard attached - and nothing.. There are also no framedips, so it probably doesnt get enabled regardless of the toggle.)

Had the bezel glued in the wrong way. *facepalm* Luckily the glue was just sticker, and I had ample experience disassembling the unit from my v1. (Fixing it was easy, but still...)

There are notable differences between the units. (To identify a v2, look at the bottom of the device, it doesnt have a reset button anymore, which is a good idea, since pressing it corrupted peoples sdcards. (lol) To turn the device off, its sufficient to press the power button for 10 seconds.)

1. The slow charging issue is gone, and they apparently fixed an overheating issue, which means that indeed, the unit doesnt get as warm to the touch as a v1.

2. They changed the material/thickness of the plastic shell, which is now a little more transparent and doesnt feel as good in hand (handfeel), but nothing you will notice while playing.

3. The screen temperature of the v2 unit in my case is warmer, and the screen showed more black crush. I didnt compare modelnumbers, but the screen in the v2 feels like a slight downgrade.

That said, screens, digicross and facebuttons (ABXY) are switchable between V1 and v2 units, without an issue - which I just completed, yay me.

4. v2 also is noticeably lighter than v1, again - probably the plastic shell and not the battery (which at least stayed the same in size... )

5. Shoulderbuttons on the v2 also are fitted with a little less tolerance, so dont rattle as much, that said, I like the v1 feel better.

6. Start and select are now a little higher and easier to press, which helps quite a bit.

My verdict still stands, I kind of love this thing, and with the overheating and charging issues gone, its easier to recommend.

If you want to buy a v2 unit, look for aliexpress vendors that specifically state, that they sell the newest version. (Colored face buttons even on the black shell model, no reset button.)
Last edited by notimp, Sep 23, 2020

@ M4x1mumReZ: @Shape, What console is this relating to? 2 minutes ago
Chat 3