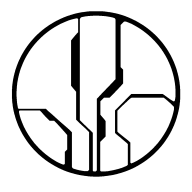 Just bought a Corona RGH but the RF board (model 1409) doesn't light up and my Wireless controller won't sync. I tried swapping out the RF module with a different one (1410) but the console refuses to boot after doing so.

Also, with the 1409 I have in there the console autoboots after connecting the PSU, it's a pain to get to XeLL.

Do you have to match the RF board with the same model or should they be all interchangeable with the Slim's?

If I can't get this resolved I will just buy a wired controller...

I saw someone with a similar problem (syncing). as it turns out, it wasn't the rf board that was causing the problem. however, I don't think he could use a wired controller either.

not sure about the rf board of slims. I've only messed with the phats. and, those were the same model iirc. no issues to report with that there, so as far as interchangeability between models (or in your case slims specifically) I'm not sure. I've never even seen a slim in person, but I've messed with phats quite a bit. with that being said, @DinohScene or @brickmii82 might know the answer to that.

I believe I've got a Zephyr RF board on me Falcon.
It shouldn't make a difference.

Was the RGH performed by a store/professional?

Iirc its possibly a glitch in the flash. Gotta rebuild nand and flash again. Something in the SMC borked. Maybe even just updating Dashlaunch to the latest version might fix it though. I’d try that first. Even if it’s on there, re-install it. It should have a clean launch.ini file. Put that on a USB stick and have it in when you boot up

DinohScene said:
I believe I've got a Zephyr RF board on me Falcon.
It shouldn't make a difference.

Was the RGH performed by a store/professional?
Click to expand...

I think I may have used a falcon on a jasper or the other way around. I was mostly messing with the rol colors. light blue doesn't look so great with a white shell.