Repaired my own F/U on Super Fami Jr.

About 4 years ago I bought a bunch of game stuff on vacation to Japan. (And did the same again in 2015) One of the items bought in 2013 was a Super Famicom Jr. After doing some online research, I attempted installing the s-video mod. Well, I fucked it up. In fact, while trying to attach a wire that was way too big for the job to leg 17 (Luma) of the S-RGB chip, I ended up pulling the leg off completely. It was a major mistake. I make no excuses. I'd done some soldering before that, but not enough. Clearly. I've had some time to practice and improve since. Mainly, I learned the importance and uses of flux, the wonder goo.

I left the SuFami Jr alone after that, almost 4 years until a few days ago. It was still able to output component, and I also own two other regular Super Famicoms. But I recently ordered an XRGB mini Framemeister from Solaris Japan, and decided to RGB mod the Jr. I bought Voultar's THS7374 board from his site (voultar.com), which uses csync (aka raw sync, or pure sync), so strictly speaking I didn't need to return to my 2013 fuck up. But since I was going to be in its guts again, I decided to attempt a repair.

This involved cutting a notch into the edge of the S-RGB chip where I'd broken off the leg 4 years ago, until I found some metal. The area involved is tiny and hard to reach, and the material is very, very hard plastic. It was not easy, but I have some good magnifying goggles, an x-acto knife, and God on my side lol. Once I had a tiny pad exposed, I first attached a short piece of a resistor leg. To this prosthetic chip leg, I then attached the wire leading to the components for the s-video mod. 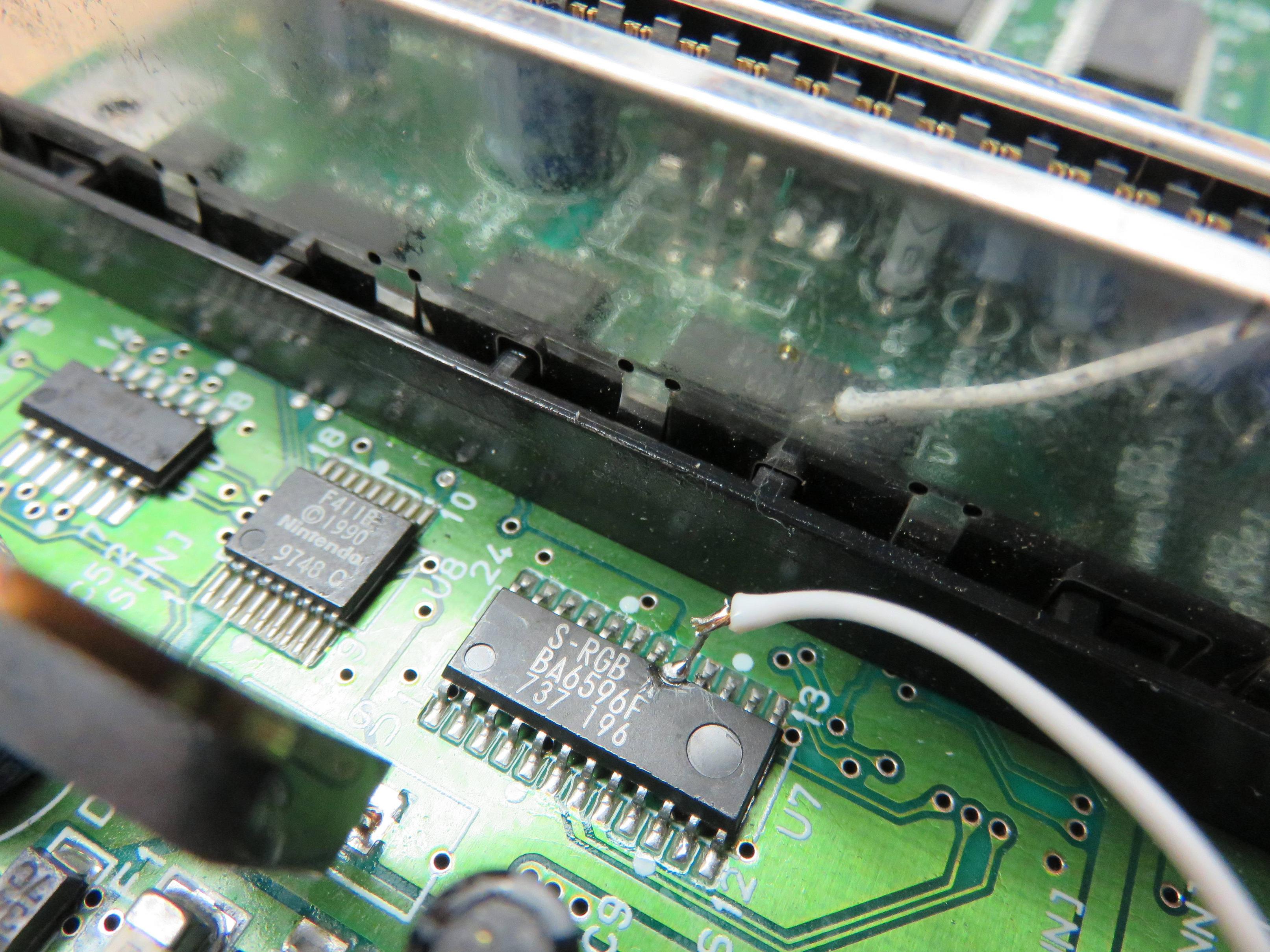 For an idea of scale, here's a pic with a U.S. dime. Sorry about focus, my camera just wanted to look at that screw after I re-installed the heatsink. The diameter of the dime is a little less than 18mm. 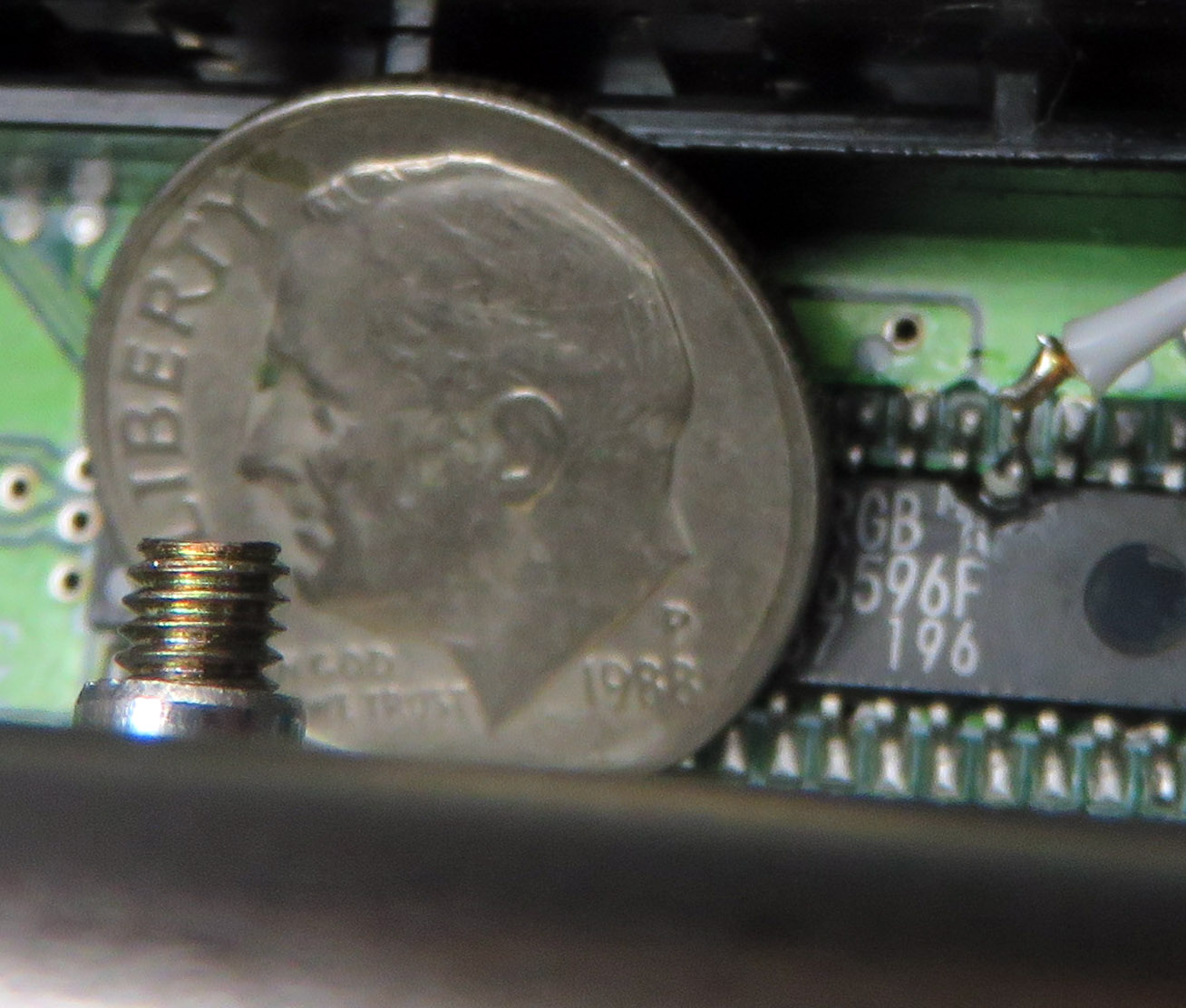 I installed Voultar's RGB board at the same time. I won't be able to test RGB until the Framemeister comes in, but I'm not too concerned about that. Much easier than this repair was.

And, here's a bad photo off my old Trinitron. It has some minor geometry problems, but still works so I was able to test my s-video install. I was fortunate. Yay! A little embarrassing to admit how badly I messed this thing up 4 years ago, but really, really happy I improved my skills enough to reverse it. 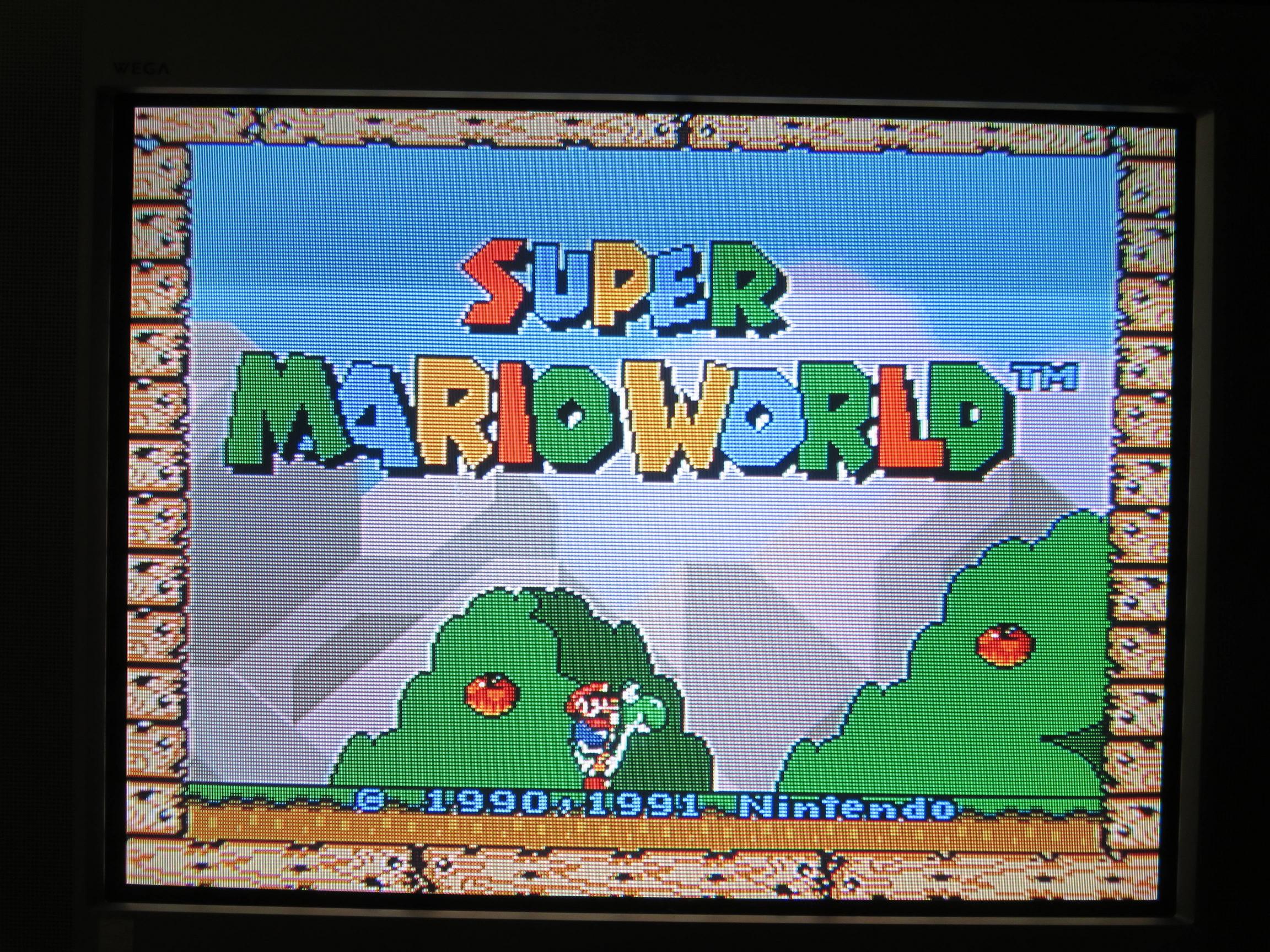