So I ripped a game, extract the iso and explored the files.
I find video files like "tdk.hvqm" which I think are these screens.

My first idea is to edit/replace these videos, so they would be 1 frame black screen videos. But it is prioritary HVQM4 format and there doesn't seem to be any way to encode such files.
And if I empty or delete the file, the game gets stuck when it tries to display it.

My second idea is to search the content of files for "tdk.hvqm" string, in order to find where it tells the game to display that video and NOP that instruction.
The only result is sys/fst.bin . But as soon as I edit anything inside, I can't make an iso from the folder anymore, GameCube ISO Tool says "Failed to read fst.bin".

So, does anybody here know how to do it ? 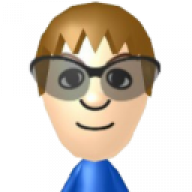 fst.bin is not an actual file. It is a list of all files on the disc. You cannot edit that file. File names the game accesses are most likely in the main.dol. But if you just replace the file name with something else it will just crash trying to load it. You need to use a disassembler and find the actual assembly instructions which trigger the intro video and nop these, which is not easy.

Are there any shorter HVQM videos you could replace the intro with?
Reactions: Alexander1970

FST is the directory table, not very surprising you screwed up the entire disc by editing it incorrectly

Yes, removing the intro from the actual program would be the most appropriate way - but indeed it's often far from trivial even if you're skilled in assembly, for multiple reasons:
- Disc access may be done with hardcoded sector numbers instead of filenames (this point generally becomes less and less common the more recent the game, but even in the WiiStation 360 age it got some use)
- The main executable may be compressed, encrypted, etc (most consoles' programming documentation encourages making them as small as possible and loading stuff as needed) - obstructing "static" work on it with a disassembler/hex editor
- The intro/credits related code in particular may have special protection - after all, would you want to have a professional pirate distribute a plagiarized copy?
- The intro related code may be in part responsible for proper initialization - probably not as likely with a generic "load and play prerendered video, maybe stop early if A is pressed" but who knows the specific case...

Good luck, even though this is a fairly ambitious project
Reactions: Alexander1970
D

Oh, lucky day. I edited main.dol and replaced some stuff with 00s. I was especting it to crash, but it works !
Well, it works in the emulator, not sure it will work on the real console. And I don't expect this to work for all games. But that is cool.

I will probably not try to disassemble games and all, it would be interesting but it would take way too much time and effort, just to get rid of intro screens, while I am already late in serious jobs. Thanks anyway for the infos.

Here are screenshots of what I edited. This may be useful to someone some day, who knows...

edit: Just tried with another one, Pigglet game. (don't laugh, it is a nice game) Videos are in THP format. So I tried the same trick, and it works too !
Last edited by Dom83, Sep 5, 2019
Reactions: Deleted User, Ryccardo and XFlak

I can't believe no one attempted something like this before (at least to my knowledge). I'm even more surprised that it worked with what seems like minimal effort. Kudos!
Reactions: Deleted User
D

A little update. This trick worked on most games I tried it on.
If it does not, here is a very short (3 frames) video as .thp and .bik file you can replace annoying videos with.
I did not get to create such a file in other formats, like h4m. If you do, please share here.