First Nintendo Power scans are out

The art style is pretty cool IMO, looks great, and not just for a Wii game.

Still.. those are just scans, hope it looks as good in motion..

edit: btw, it's supposed to be running on 60fps!

I need a facepalm for this one, they just wasting money on a game that's going to be rated lower. The first one was like Sonic 06 when it came to the controls.

Looks fantastic IMO, don't know what the moaning is about. And what's this with people having swords out and you shooting them? Here's hoping we don't get forced into one-on-one sword combat this time around like it looks in the scans.

Fuck the naysayers, I love the way the game looks. Has a timeless look to it, now it just needs to have good level design, good controls and a story that'll make me want to finish it.

The first game was rushed to be a Wii launch title. It had some good ideas but poor execution.. also, they had no other FPS on the Wii to compare. Now we have Metroid Prime 3, Medal of Honnor, CoD:WaW, The Conduit amongst others.. unless people at Ubisoft are forbidden to play any other game, I don't see how they can make bad Wii FPS controls by now.

Also, this game is being on development for more than 2 years.. 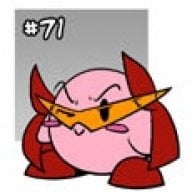 Hope this games multiplayer is has more than 4 maps

What the hell are people complaining about?

The style of the game looks great, Red Steel 1 looked like an N64 game and had no individuality.

Im starting to look forward to this now.

CockroachMan said:
The first game was rushed to be a Wii launch title. It had some good ideas but poor execution.. also, they had no other FPS on the Wii to compare. Now we have Metroid Prime 3, Medal of Honnor, CoD:WaW, The Conduit amongst others.. unless people at Ubisoft are forbidden to play any other game, I don't see how they can make bad Wii FPS controls by now.

Also, this game is being on development for more than 2 years..
Click to expand...

Ok this changes my attitude a bit more, Red Steel did had a good storyline. The game was good but the part that made it bad was the controls; they weren't fluid with the controls. So if this can redeem the Red Steel franchise then it better have great controls with no slow down.

The only thing I dont understand is why they removed multiplayer from the game. I had hours of fun with the oroginal and it was one of its best features.

Zarkz said:
Hope this games multiplayer is has more than 4 maps
Click to expand...

Too bad it won't have any lol

But it does look like a nice game. Very nice game indeed.

I think from the customizability MoH:H2 nailed it control-wise! Til that game came out we didn`t see a well executed FPS on Wii... I mean look at the RedSteel1, FarCry (

) or Venguard. Those had some really bad controls. And MP3:C was never meant to be a FPS and so the low turning speed was never an issue for me but otherwise the controls of Metroid wouldn`t have been very handy for a FPS.

So I really hope they take MoH as an example!

Other than that I pretty much liked the first RedSteel and they had some pretty memorable situation in the game, which you don`t find very often in games these days. And the games looked partially pretty good for a launch title (many people stated already, that the game seemed a little unfinished

so it didn`t look always as good as in some areas...).

@these screen: Looks fantastic. The setting seems great, too. But lets wait till we see it in motion and how they are planing to use motion+ in sword-fights. That can be a mechanics the game can raise or fall because!

I like the art style. Although the poly count could be higher. Just hope its a lengthy game. I'm also sad that they ditched the modern Japanese style. 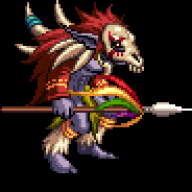 Looks pretty interesting...hopefully it'll be a good improvement over the first game.

i like the art style in this, it looks from the few shots that i've seen that its going to be a little bit steampunk (from the lead character models gun) maybe im wrong.

ubisoft have said this is out in the winter

I simply love it, it's one of my most-wanted Wii games already.
The game just promises to be everything I wanted No More Heroes and Red Steel 1 to be. Intuitive, realistic swordfights with precise motion controls meets on-rail gun shooting à la Killer7, with the great visuals everyone expected from NMH after the first trailer (back when it was still called Heroes). Let's hope those screens aren't photoshopped like hell, like the first screens of Red Steel 1 were. While Red Steel is still one of the best looking Wii games around, the in-game graphics still look pathetic to what the game looked like when it was first revealed.
Graphics-wise, No More Heroes looks like ass compared to RS2.
Red Steel 2 may not be quite as stylish and innovative as Killer7, but finally it's a game that promises to be as close to my initial expectations of the allegedly revolutionary new Wii gaming experience as it's probably going to get this generation.


Canonbeat234 said:
I need a facepalm for this one, they just wasting money on a game that's going to be rated lower. The first one was like Sonic 06 when it came to the controls.
Click to expand...

Well, you're wrong.
UbiSoft is one of the best game developers around today, developing a high-budget "core" game for the most successful console of all times.
Can you tell me any good reason why this game should turn out worse than Assassin's Creed 2 or Prince of Persia?
Arguing that the controls in this game will be a problem because it was a problem in the first game makes no sense at all. Ever thought about why Red Steel had clunky controls?
UbiSoft tried to do all the stuff in Red Steel that players would be expecting from a new system of which the biggest selling point were new revolutionary motion-controls. Unfortunately for them, the Wiimote turned out to not offer the kind of precise controls needed for that kind of stuff at all, so they had to instead develop the game using the very limited options they got.
The controls of Red Steel may feel kinda unresponsive, but at least UbiSoft did a lot experimenting on that one. There's not a single other game on the Wii that tries to offer deep motion-controls like those, not even Metroid Prime 3 comes any close.
The sword fights in Red Steel may not have been perfect, but they were hell of a lot better than that pathetic excuse for a control scheme Dragon Quest Swords uses.

Anyone familiar with the TV-game "Kenshin Dragon Quest"? It's the game that inspired Dragon Quest Swords, and it has FAR superior motion controls than the Wii game. It's PATHETIC. Pretty much all you do in Dragon Quest Swords is point at the screen and draw lines connecting the enemies. How in the world is that supposed to create the illusion of slashing enemies with the controller?
Anyway, Kenshin Dragon Quest did surprisingly good at delivering that feeling, requiring the player to just swing the sword where the enemies are on the screen. The sensor was able to detect the direction of your sword-slash, as well as x and y coordinates that determined where on the game screen you'd attack. Ironically, Red Steel did a way better job than Dragon Quest Swords at mimicking that kind of swordfighting. UbiSoft really put a lot of effort into Red Steel, but they simply had to make sacrifices in order to be able to ship the game right at the Wii's launch.

So, now that Red Steel 2 uses the motionplus, the device that will allow UbiSoft to implement all the crazy motion-controls into the game they were already trying to implement into the first one, there's NO doubt they'll try their best to really make the most of it. They'd have to be fucking retarded to mess it up again this time.

Also, right now Wii gamers are craving new high-quality hardcore games, and this game will be the answer to thousands of gamer's prayers. So far, there's not a thing about Red Steel 2 that hints at anything else than the game most likely becoming a huge financial success for UbiSoft. I'd be REALLY surprised if this game won't do as well as they're expecting, and if it doesn't, maybe Wii gamers indeed don't deserve anything but sucky games after all. 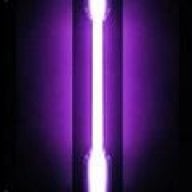 Edgedancer said:
The only thing I dont understand is why they removed multiplayer from the game. I had hours of fun with the oroginal and it was one of its best features.
Click to expand...

No way am I buying that now. Multiplayer was the best thing.

I'll wait for The Conduit and eventually Timesplitters 4.

No multiplayer? For real?
How could they do that?!

@ kenenthk: A basic site sure doesn't need it but if you want a community it's important A moment ago
Chat 4