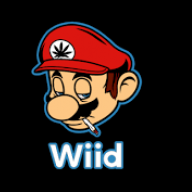 I need some recommendations for games that utilizes the gun accessory.

I've been searching for a complete list of games that support it, but haven't found a complete one yet.

Found this on Wikipedia, but I don't know if it's complete. Apparently the zapper is pretty much just a shell, so it should be compatible with any shooter (not sure).
Reactions: Flaya

That list is probably complete. Zapper support for Nintendo meant that the game controls were designed to take into account that the remote and nunchuk couldn't be moved around or shaken separately.

Any game will support it but if the controls are designed so that, say, you shake the nunchuk to throw a grenade and shake the remote to reload then you're going to end up throwing grenades while you're reloading.
Last edited by GreyWolf, Oct 1, 2018
Reactions: Flaya

Found another one on Wikipedia


Code:
It implies that there's a vast amount of games that make use of the gun accessory, but to long to list.

If anyone spots a game missing from those lists, please do name them here.
Last edited by Flaya, Oct 2, 2018
Reactions: Tarmfot

W
Homebrew Is it possible to make a Zapper or Super Scope VC inject with light gun controls?

@ kenenthk: Yeah who in their right mind wants movement in viduha gaems 4 minutes ago
Chat 5