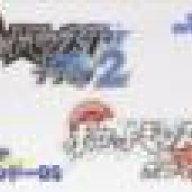 Hello, I have recently extracted a save game from my Pokemon Platinum rom (emulated on r4i3ds kernel v1.54b) and I have also converted the file to .duc, making it playable on DeSmuME. I used desmume to transfer old pokes off of my gba emulator, then converted the save back to .sav (512kb). Upon loading the game back to my r4, the game recognized the save but would not load it, making me start over. I began to panic, so I loaded the .duc back to platinum and the same thing was occurring on DeSmuME. I deleted the .dsv and loaded the .duc again. Arose the same issue. Later I tried again, then it worked! So I closed out DeSmuME and got my SD card and converted the save once more. Then it happened again. So I decided to just play off of my PC instead for a while before trying again. But, the save wouldn't load once more! I have been at it for a day now and can't figure this out. Help is appreciated!

make sure there are no AR codes enabled in DeSmuME. try to get it to load the .duc. Once it is loaded and you can continue, save the game 2 times and reset. then go to File -> Export Backup Memory to make a new .sav file.

There are no cheats enabled, but the same problem arises, here is a video:
http://www.youtube.com/watch?v=hUZWt5mDKWU&feature=youtu.be

Well, I decided to test out another save in the form of .duc, and the same problem in the video above keeps happening

Edit: Here are the contents of the desmume.ini file if it matters:

can you send me the duc file
A

yep... we can test if shuny or (xenobox)savconv might work.

The .duc file you sent me was complete gibberish, was this the original duc you first created or did you attempt to convert the bad save into a new duc?

Well, since i'm retarded, i created about 7 duc files, but i swear that was the original. I think it was the converter (shunyweb) because I downloaded another save file and the same problem happened. I'll just restart.

Hardware Homebrew Godmode9i - Unable to restore save (on every gamecard)