WE HAVE A WINNER – Open Kinect driver(s) released – Winner will use $3k for more hacking – PLUS an additional $2k goes to the EFF! That’s right – We have a winner for the $3k bounty for Open source drivers for the Xbox Kinect. Hector sent us an email, He writes -[/p]

Marcan said:
Here’s my take on the Kinect driver. Supports depth and RGB images and displays them on an OpenGL window. It’s very hacky right now but it does prove the concept

What’s next? If you’d like to keep hacking there is a Google Group called “OpenKinect Google Group” – 100+ people and we’ve published our data dumps, our hello world motor code and now there is code/drivers from Hector (marcan).

We know this subsidized / commodity hardware can now be used for robotics, art, science, education and more. For $150 it’s loaded with tons of great sensors and cameras – now it’s unlocked for creativity. We expect to see a Chumby hacker board and/or BeagleBoard using a Kinect for it’s vision-system robot soon! Who knows FIRST robotics might use these for their next robotic competition.

In addition to the $3k bounty we are ALSO going to donate $2,000 to the EFF (http://www.eff.org/). They defend our digital rights, our right to hack, reverse engineer and do things like this project. From the start of this effort Microsoft said they were going to “work closely with law enforcement and product safety groups to keep Kinect tamper-resistant” – if they did (or still plan to) the EFF would likely be our only hope (yours too). If you’d like to make sure we can all continue to hack, tinker and mod please consider donating to the EFF as well.[/p]

The second one, BUT Marcan isn't selfish and gives it away to the world!

That is pretty cool... :3
Soon, if I but a Kinect, I'll be able to play Minesweeper with my hands x3 This shall grant my robot.... sight

Veho said:
This shall grant my robot.... sight

I didn't see.. It's news worthy though~!

that would be awesome if this was like the cybernetic hand from terminator. i am getting to my choppa now but first i need your clothes your boots and your motorcycle.

I doubt it. This honestly gave me more interest in Kinect than all of Microsoft's paid advertising and hype has.

I doubt it. This honestly gave me more interest in Kinect than all of Microsoft's paid advertising and hype has.
Click to expand...

Microsoft already made some slightly threatening public comments about this project, under the pretense that it's dangerous to tamper with Kinect hardware. 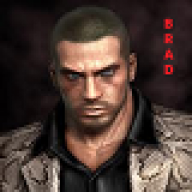 I doubt it. This honestly gave me more interest in Kinect than all of Microsoft's paid advertising and hype has.
Click to expand...

too bad it still has lag issues

Midna said:
Microsoft already made some slightly threatening public comments about this project, under the pretense that it's dangerous to tamper with Kinect hardware.
Click to expand...

Doh! I bet third parties won't be happy when they encourage hacking of their devices. Even if it doesn't affect sales!

well so much for m$ protecting their device,

squirrelman10 said:
well so much for m$ protecting their device,
Click to expand...

they asked for it, though.

So this is what happens when you make a device that can read on light skin. BOOYA!!!

Midna said:
Microsoft already made some slightly threatening public comments about this project, under the pretense that it's dangerous to tamper with Kinect hardware.
Click to expand...

Of course it is. As said already, it's the pre-cursor to Terminators.

Translation [Release] Spice and Wolf: The Wind that Spans the Sea English Patch

@ M4x1mumReZ: BANANA A moment ago
Chat 3