After its reveal during this year's E3, Swedish developer Dimfrost Studios shared new details about their upcoming title Bramble: The Mountain King. The Nordic-inspired, narrative-driven horror game puts players in the shoes of a young boy who, along with his big sister, is lost in a forest. This is no ordinary forest as their journey through it gets them to come across creatures from Nordic folklore like Nacken, the Skogsra gnomes and trolls. The gameplay blends combat, stealth mechanics and environmental puzzles; and we got a glimpse of it in action via the first gameplay trailer released today:


Other features of the game include:
Bramble: The Mountain King is slated to release sometime in 2022 for PC and consoles. 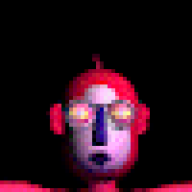 This looks so cool!

The trailer gave me vibes of "Heart of Darkness", which is really cool!

Looks nice, but I miss the PS2 era of horror games. When Silent Hill and Resident Evil were good, and we had hidden gems like Obscure.

This setting really seems like it'd be more suited to an action RPG like Fable or Dark Souls or a hack and slash game with horror elements like Onimusha.
Last edited by Guacaholey, Nov 19, 2021 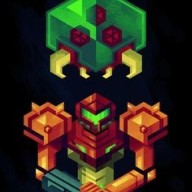 Reminds me of 3d Limbo. Looks like it could get boring if it's too long.
Also, where's the horror?

'The Eternal Cylinder' gets release trailer

@ KennieDaMeanie: I'm at least hoping to survive to see one alien invasion 32 minutes ago
Chat 0