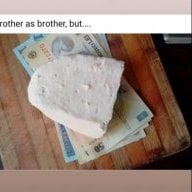 So I opened my switch a while ago to change the digitizer and accidently “ripped off” the backlight connector, thr only thing affected was the solder, since the pads were intact. After replacing the connector I tried putting it back, but there was no image output, tried putting it in the dock and it worked. Tried looking at the display with a flashlight and the image was there, but no backlight. Since the new connector was good I tried buying another display. It still shows no image, but I can hear it working. Tried testing the port with a multimeter, only one pin showed 4.xx V. If I put the black probe on any ground pads it still shows the same value. There is no short between the 4 pins, so that’s not the problem. Any idea on what I could try? Thanks!

Nintendo Switch May 16, 2021
Stevie_fadhil
S
B
Hardware How is LCD powered?