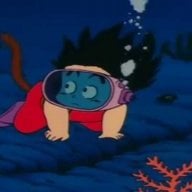 I wanna get a Japanese version of an app I've been playing for a while now because the Japanese version offers a wider range of things you can do in the app. I found a tutorial giving me the link to the app in the Japanese App Store (I'm on Apple) and whenever I click it, it gives me a popup saying to change the store. I've changed the store before and it was hard for me to get back to the English version for some reason. But the real point is in order to download the game, you have to make a new Japanese Apple ID within the shop and then download it since you can and then switch back to your English Apple ID. I'm kind of scared and unsure because if I were to change stores and create a new Apple ID, would I lose all the data on my phone since it's registered on my English Apple ID(photos, apps, iCloud, etc.)? And even if I just want to change stores to view it, how would I get out. I just don't want to lose all my data and have a phone stuck in Japanese. To sum it all up, all I'm doing is just going to the Japanese App Store, creating a new Japanese ID and then downloaded the game and switching back to my English Apple ID.

M
Hacking Information on the "new" 3ds ll, is it possible to homebrew?

Nintendo 3DS Thursday at 1:47 AM
chuckle-huts