Does anyone have these working with the current wii emulators. I have already tried and tested the 3rd party controller mods from here: https://gbatemp.net/threads/3rd-party-classic-controller-fix-on-single-rom-load-emus.220406/
Not working for Snes9xgx also need the Atari 2600 updated with latest lib.
I know i can't be the only person who has bought these or is thinking about them. the do work great for all wii games and usb loaders. so i think the emulators just need to be updated.

Which versions of Dolphin have you tested?

Fishaman P said:
Which versions of Dolphin have you tested?
Click to expand...


I'm not using this remote on Dolphin. Wii only , i have read some articles about this issue on the Dolphin forums. the strange thing is that all my usb loaders work perfect with this remote . the only issue im having is with the Wii old homebrew apps and emulators. could the emulators just need to be compiled with the latest libs? 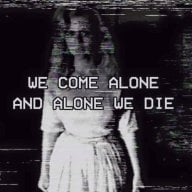 bm123456 I've been having the same issue. I don't think ALL homebrew supports Wii Remote+, which is why I found an old Wii Remote at the video store used, and grabbed one. I suggest you do the same, unless someone has an idea I don't know about.


EDIT: For the record, Wii Remote+ Will say "Wii Motion Plus Inside" or something to that effect at the bottom of the remote, and all Mario themed remotes are motion+ as well as most remotes in stores now! D:
P

Try updating your apps/emulators to the latest versions or look for versions that are compiled to work with a wiimote+. IIRC most emulators have either been updated to support, or have alternate versions that work with Wii mote+

Weird thing is it works with Fceugc but not with Snes9xgx . seems they both have the same update for the newer remotes.
the Atari 2600 on the other hand hasn't been updated in forever
update: https://gbatemp.net/threads/wii2600-rvl-cnt-01-tr-compatibilty.340291/
i will test this tonight again.

L
Gaming Which Wii accessories should I buy ?