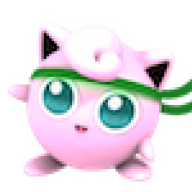 I was following this tutorial: to get gamecube games on the wii u and did all things that he listed(except I didn't put the nigcfg.bin file before hand when I packed it with WiiVC Script Injector 3.0.1), but when I used WUP Installer GX2 to install Super Smash Bros. Melee(packed), it showed an error message(down below), Im not sure if its WUP Installer GX2 that caused it, it might've been that I didn't install Nintendont for homebrew, but in the tutorial, he says put Nintendont in the root of the sd card, so i'm not sure what caused it.

P.S. Sorry for the low quality image, I used a galaxy s4 tablet to capture it, but i'll have to make do with it.

@ KenniesNewName: A gay boy advance thing A moment ago
Chat 3