this is the same as the US version right? It was such a bad game

Bad game it may be but it was good time killer.
X

Agreed. They tried to copy Groove Adventure Rave and Jump Super Stars but it ended up being so bad D:

They should just give us the good old Guilty Gear beat-em-up... Now those were fun!
A

Never realised this was released in the USA first

The games terrible I don't have a clue what I'm doing and fighting another 3 players at once doesn't seem to work well on this game.
D

Call me crazy, but I LOVED this game.. 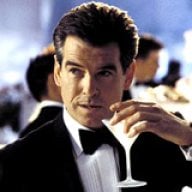 I wanted to try this game, but it seems the reviews got to me first.

Though I usually go for GGX games for the music, wich is very darn good :3
Though they never seemed to make an origonal song ever since GGX2 was released.
After that it seemed they just took some stuff they had lying around and remade the game as Asuka.

So anyway, does the DS version have all the music intact and at atleast a decent quality? The GBA one was totaly messed up. 8-bit music plus terrible AI that isnt even interesting on the hardest mode. (they rarely moved or would even hit bak x-x)
Been curoius about the music though.

Now I can agree, the origonal fighting game would be best.
Just a normal VS fighter (wich the DS has yet to have still besides those few crappy games [EA's X-men game])
Something with some cool effects like extra szoom on the bottom screen. Plus less no real use of the touch screen isnt gonna hurt.
I mean its nice and all to have oriognal games all making use of the touch screen, but sometimes ya want something normal with perhaps a classic feel.
Theres a few good games with that scheme but its like all the Capcom ports are just not going for the DS due to the screen begging to be used.
I wanna see some good classic stuff with just a little remixing.

Maybe like a Guilty Gear fighter using both screens to view the sky portion plus make the sky bigger and add more aerial moves.
That way the fighters can jump to the top and go aerial style crazy.
Or just use one screen to zoom in on the pixelated action.

Anyway, even though this game gets bad ratings and junk, I gotta give it a try sometime.

Surprised it took this long for the Japanese release.
Very odd for a game that started in Japan where most of its fanbase is Id think.
Very sad that they screwed up this one like the GBA one.
But heck, its worth a try or a few bucks just for the music