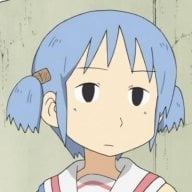 Before you ask, sure, I could just boot the japanese disk, but I have an American Wii which doesn't even include the japanese language packs, and I also beat the NTSC version already and I'd rather not play it over again with unsupported text.

Anyway. I have both the japanese and english copies of Rhythm Heaven ripped from my DVD's (yes, including the CONTENTS of the iso). What I'm trying to do is get the audio from the brsar of the japanese one, and replace it with the brsar of the english one (a brsar is just a file with the audio contents, which I have extracted to realize that lol). I have replaced the brsar file using WiiScrubber, but when the game is played (i.e. Love Rap) I could not hear them talking/rapping, just the BG music was playing. Is there a reason for this, and is it fixable?

Note: I will not be uploading any of the contents to this website, nor will I link to them.