Hacking Migration from SXOS and something else.

With the dismal future of SXOS, what are the alternatives for SXOS users and are there guides on how to migrate over to using them?
Reactions: x3n0

pretty sure I saw a tutorial on migrating away from them on temp (possibly in the tutorials or hacking sections). in fact, the op said that it's probably even more relevant now, so he's still here as he made that reference to sx os probably being dead. 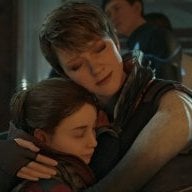 ATMOSPHERE, now what do u have currently on sd card boot.bat/lic file and switch?

You can wait until next Nintendo's Update to see if team Xecuter does an update or not before doing anything.
Reactions: Elliander, ELY_M, MachRc and 2 others

remember what George Costanza said about paying for parking? "it's like going to a prostitute knowing that if I put in a little effort I could get the same for free." that's sx os for ya.
Reactions: slaphappygamer 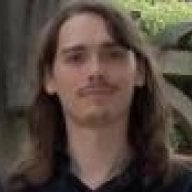 godreborn said:
remember what George Costanza said about paying for parking? "it's like going to a prostitute knowing that if I put in a little effort I could get the same for free." that's sx os for ya.
Click to expand...

ehh... I disagree. You can't get the same thing for free. There's a reason why I went with SXOS: Given prior experience with PS3 installed packages having to be reinstalled manually after the console died, and the awful slowness of running games installed to emuNAND on the Wii compared to disc backups, I learned my lesson: Any game I buy digitally gets immediately converted to cart and backed up properly so that it just works.

Like it or not, the existence of SXOS made it possible to maintain proper backups of all my games and game saves. With a portable console I just don't feel comfortable risking the loss of everything. I pay Nintendo for online play, despite their idea of online has no online servers and costs them nothing to setup (it would be like if Microsoft charged you to be able to connect to the internet on Windows but did nothing more than set up a toll booth) because I wanted to protect my online game saves, but in the end absolutely nothing I play supports online backup.

While Atmosphere does support .XCI files now, it doesn't support them the way SXOS does. You have to install them. That means that it's not nearly as easy swapping games out. I don't know why the people behind Atmosphere and it's 3DS equivalent are so obsessed with requiring installation and blocking anyone from ever having an easy to swap image file.

Of course, I am reminded of the end of Gateway 3DS, but I STILL prefer the .3DS files over the installed games. I absolutely would pay if a company picked that project up just to push the latest updates to work because I never did migrate away from Gateway 3DS. It should be easy for someone to implement an open version of Gateway3DS and SXOS given what's in the wild, but no one's going to do that without getting paid. I have no problem paying people for doing something that makes me life easier. That's how economics works.

Personally, I am not a pirate and don't agree with the assessment made by the US government that the only use for such mods have is piracy. Case in point, I was actually a registered XNA developer back when the Xbox 360 was the latest console and although I made a few small arcade style games I was never able to publish a single one. Why? Because Microsoft had no process for testing games on the consoles for Indie developers. They figured that running it on a computer was good enough and wanted people to publish the games just to test on a console and I was very much against publishing before testing so ended up pulling out of XNA entirely. I'm actually planning on buying a modded Xbox 360 soon, not so I can pirate games, but so I can FINALLY run my own software on a piece of hardware I actually own. I might actually do the same with consoles like the Switch if I had any clue how to develop for one.

That being said, SXOS did use Nintendo's code illegally. Whereas it was legal for EA to reverse engineer the Sega Genesis and threaten to do their own licensing, and while it was legal for Bleem to emulate the playstation as ruled in court, these examples involve totally new software that was developed without messing with proprietary code. SXOS will probably go down, not for piracy but for the same thing Atmosphere does. I bet if they cool it with the hard mod sales they might be able to survive with their dongles, but eventually the day will come that they will shut down one way or another and when that day comes I do hope there will be a viable option to migrate to.
Reactions: ber71

I’m actually in process of going through this exact scenario. It’s not too hard.

I
Hacking Migrating from SXOS to Atmosphere and system update

I
Hacking Blue Screen, SXOS trying to migrate on Atmosphere