I've looked everywhere for the answer to this problem, it doesn't seem that anyone else has it?

I have the M3-iSakuReal_v1.0 loaded in an M3 Real cart.
This problem only occurs when using Sakura's native media player (which is the one I want to use). I know that it CAN work fine, I've seen it on YouTube.

Audio Files:
- When I play a .mp3 file, the audio skips at the 4 second mark. This is the same for all of my .mp3's.
- When I leave the folder or navigate to another folder while the media is still playing, it skips and then skips again another 9-10seconds later.
- There is no skipping when I select the next or previous track buttons, only if the track is selected with the stylus or the A button.

Video Files:
- When I play a .dpg file, the audio and video skip at the 4 second mark and then again at the 10 second mark.
- There is still the same skipping if I select the next or previous track buttons.
- I have encoded the .dpg's using different methods and programs. Same result.

I have not seen this same phenomena with the M3 Real boot or moonshell 1.71+1 run through Sakura.

Can someone shed some light on what is going on here and a possible fix?

Thanks for any help

This is telling me that there is either a problem with the media files (doubtful) or the DS itself (or the compatibility of the Sakura to this DS). Or is there something else I'm missing?

EDIT: - Tried it on a brand new DS and I still have the same problem. The common factor here seems to be the M3 cart itself, I will try another one later today hopefully.

EDIT: I have now tried it on another M3 Real cart with the same results.
I

I just reformatted the card and updated to M3-iSakuReal_v1.3, and I still have the same problem. 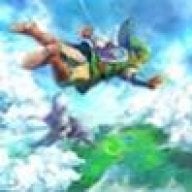 This option is supposed to help with media playback issues, so it's worth a shot.

1) Boot up the M3 Real and press start.
2) Go to GUI Settings.
3) Scroll down to the very bottom and uncheck "Enable FastStart movie playback."

Try playing a movie or an MP3 and see if it'll work better.

EDIT: Also, if you have something to add to a post, don't just post again. Use the edit button at the bottom and add whatever you need to add to your original post. That keeps the forum clean.
I

Oops, sorry about that. Thanks for the reply, I had tried this previously, still no change. Any other ideas?
I

I've edited my original post, have tried nearly everything now. Someone please help. Is no one else seeing this problem?