Gaming May have Bricked My PS Vita Help!

I was on 3.73 and I installed h-encore and the whole homebrew thing. I wanted to play PSP games so I found out I need to be on 3.68 or lower so then I used modoru to downgrade but everything went well until the update screen and it said I couldn't update the system to the 3.68 version. I restarted the system 4 times trying to see what would happen and all said it was unable to complete. The 5th time I start it up, I get a black screen with a blue lighting PS button below the D-pad. So I shut it down and did it again and still the black screen every single time. Yet the blue light still appears as if it's on. I'm able to also go into recovery mode or safe mode but it only allows me to select "Update System Software" everything else is blocked off. So I tried to restore update from the computer and when I did it keeps saying to me that I'm on the latest version...so I don't understand what to do. I also tried taking out the SD card as a whole then starting the system and taking it out and putting it back in and still black screen. The only thing I can get into is the safe mode feature. So if anyone could help me I'd really appreciate it! 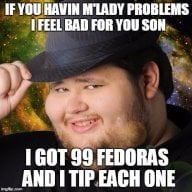 Okay so I'm assuming your still in this situation so here goes my best anyway...

You need to re update through a computer using QCMA ensure your not using Cma and then you need to apply the setting changes in qcma
(right click ->settings)
In other tab
Tick disable USB monitoring
And WiFi monitoring
Then try to update through Qcma you might need a psp2updat.xtml instead of pup I'm not certain if regular don't work try a xtml basically and it should unbrick you