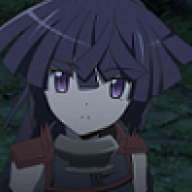 Mario party 9 use .brres format and compressed with .lz. It can be model edited the same way in skyward sword except withought the annoying .arc files.

In the iso if you open it with Wiiscrubber it has a folder called common. Ch_base and then actor those are the models for the players you play as. It will have 3 different models m1 m2 and m3. m3 seems to have the highest res textures while m1 seems to have low res textures. In the menu folder theirs a title_Mario.brres.LZ, this is a very high res model and if you are looking for a high res mario model I recommend this one for model rippers out their. Its the same Mario on the title screen to press a and b to play the game.
Will update to see if I can successively model edit MarioParty9 and get more information.
Anyone want to join in?
Update
Apparently the .branm files are brres files in disguise that contains animations.


Programs needed:
brawl box.65c
SZS Explorer
3d Max 2010
CT2
Wii Scrubber
Ok, first open up Wii Scrubber and then open a Skyward Sword iso (I prefere to use my own game iso that I ripped from the original game)
Extract Object.arc.LZ with a lz decompresser of your choice though I prefer to use CT2
Once you have the ObjectPack.arc use SZS explorer to open it up.
Double click PLcompitem.arc go in the data folder and then extract a .brresC.
In this tutorial we will extract EquipSwordB.brresC
A .BrresC file is just a disguised .lz file. Rename it to a lz file. Extract it with a lz decompresser of your choice.
Open the .brres file you have just extracted "EquipSwordB.brres" with Brawl Box.65
In Brawl Box.65 right click the mdl0 file and export it as a dae file with exported weights.
Import it into centimeters into 3d max 2010. Just as Doombringer said before you cannot replace the sword model with another model or the game will crash. For now you can only change the model that's already their. If errors come up while importing ignore them as they wont do a thing.
Edit your model by press "editMesh* than the *Vertex* select and drag the vertex's to make the sword longer or shorter or do whatever you want with it as long as you don't replace the model with something else.
Export it back to a .dae file into "CEMENTERS". That is very important or your model will be drastically big or too small like a butter knife (A golden butter knife is the result of me trying to make a golden sword, so BE careful). The opened brres file in BrawlBox.65, remember the mdl0 def on the right side of brawl box.65 when you click the model. It will show a tab with "unkowns" and a "version" For example "Unknown is set to 2" and Unkown 2 is set to 0 Unkown 3 is set to 0 its Version 11, THIS IS IMPORTANT!
Replace the mdl0 file with the dae into Brawl Box.65. To do this right click the mdl0 and click "replace". A menu will come up check all of the boxes except "Force CCW primitive cull". It doesn't matter if its a stage or character. Save it. Compress it back with CT2 and rename the file extension .BressC . Replace the .brres in szs explorer by right clicking on the brres replace replace it with the modified one you extracted. Save szs explorer. Get a LZ compresser, compress it with CT2 for example. After you get the recompressed ObjectPack.arc.LZ use wii scrubber to replace it with the one in the iso (Always have a unmodified backup Object .arc just in case) exit and you have now model hacked skyward sword, go enoy your modified brres file!
WARNING
You cannot save a brres file in brawl box if it has a PAT0 file a scene file or some other file it may not reconize. Brawl Box.65c WILL crash, an update is awaiting for these problems to be fixed.
Press okay.
May not be the best tutorial but good luck!
Reactions: 1 person
T

Have had issues extracting the .lz files with both lzh8 and lzip. Any tips?
R

I found a copy of CT2 that I'm hoping will work.
R

Does not seem to, I cannot seem to open any of the .LZ files from Mario Party 9 no matter what I try, and I have tried a lot of programs.... Exactly what are you doing in CT2 that can decompress something like map2.brres.lz or a similar file from MP9? I can only see them in a hex editor view in CT2. 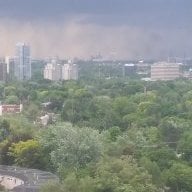 I mainly want to edit the messages. just like in ames ehere there's message.arc fles

@ ZeroT21: just the right thing to get for yur fat fling 24 minutes ago
Chat 0