i wonder why to use the new sakura fw, yes it looks nice but it makes like 2 files for a game i start and things take much longer to load.
are there any really good reasons not to use my regular m3 frimware instead?
P

Sakura is just so much superior to the regular M3 firmware.

If you turn off Disk Check, Sakura will boot as fast (if not faster) than the regular firmware. However, Disk Check itself is a good feature to have as it will warn you before your SD card becomes corrupted. Sakura's graphical interface feels so much more responsive and faster and it also features some nice GUI effects. The stylus usage has improved drastically, the menus are intuitive to use. In fact, Sakura can play and display video, audio, text and pictures without the need for exterior tools, meaning you don't really need Moonshell anymore.

EDIT: How could I forget the launcher menu? It is really nice to have a list of the recently used applications or games. This way, you can play the game you previously played before turning off again with just a single tap.

You can put the Sakura firmware on your SD card and still use the old firmware. Whenever you boot up your DS hold A to choose which firmware you want to use from now on.

Very nice sum up powered_by_tux, I actually don't know what could I add to that!

The only thing that could make you wanna use original firmware, is maybe the fact that only english version of Sakura is a beta (and has some minor minor problems), other than that it's by far superior to Touchpod (original M3 Reals firmware) in terms of functionality AND looks overall..
L

ok thank you,
its really a nice little thing.

the only thing i have to say, it looks gay.
but using a different skin solves this problem.
Q

I just have one question. I know that soft reset is there and its working. My only question is: Do i have to enable soft reset for EVERY game or can i set the option on a folder so it works on all the files (like in Acekard 2) or is there an option to enable it on everything?

qwsed said:
I just have one question. I know that soft reset is there and its working. My only question is: Do i have to enable soft reset for EVERY game or can i set the option on a folder so it works on all the files (like in Acekard 2) or is there an option to enable it on everything?
Click to expand...

No global setting as of now...Which means, you need to set Soft-Reset for every game!

I just have to bite the sour apple i guess ^^ 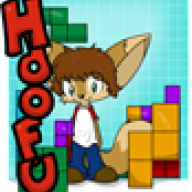 outside of loading homebrew or for the included pocket nes/goomba emulators, the current sakura firmware is suppirior in everyway, what do you mean it loads slower, it loads most titles like 3 times as fasts in my experience.

I've been playing mostly homebrew lately and this is why i'm still on touchpod!

That and I'm too lazy to update my card

@ Veho: LET ME LIKE YOU KEN A moment ago
Chat 2