Does anyone know of any list compiled of games working on Citra? 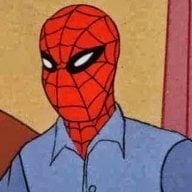 I wish when people that made these topics they'd add a "?" at the end so we know it's a suggestion and not what's suggested already done.

Just naming a couple that "work", (or worked at some point with or without dirty hacks) as in they boot,

And a bunch of other obscure untested games. None of the games that work best are actually playable because of the slow speeds though.
Reactions: Ryccardo

C
Is anyone working on a competitor to Citra?

W
SMM save file for Citra