QUOTE said:
While we're certain the point-and-click enthusiasts among us would like to get their paws on Joystiq's favorite game of 2008, Fable 2, it looks like they'll be waiting for a while longer -- on a Lionhead forum post asking whether or not the Albionic caper would be making its way to computers, community manager Woody swiftly answered, "We're not working on a PC version of Fable 2." As far as we can tell, no winks, nods or suggestive elbow nudges were included in the dispatch.

Woody's statement seems contrary to a report which made the rounds late last week -- a report which claimed that a Lionhead rep confirmed that a PC version of Fable 2 was "likely imminent". Why the discrepancy? We contacted Lionhead's senior community manager, Sam Van Tilburgh, who explained that the quote embedded in said report wasn't legit. Get comfortable, WASDers -- it's looking like Molyneux's hero sim won't be hitting your platform of choice in the near future.
Click to expand...

I loved Fable The Lost Chapters so much .... 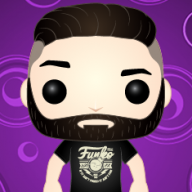 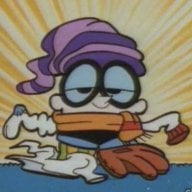 I'm pretty sure Rockstar and Epic said the same thing about GTAIV and Gears of War..

Hm, true CockroachMan, but I'm still not gonna hold out for it on that.

I was so looking forward to Fable 2, even if it was supposedly just a bigger and better version of the original. And I don't get why these developers who started out on the PC, and made their living from it are skanking it now aha. DICE delayed Mirror's Edge for PC, and kept the console versions on time, yet they've been working on PC games for yeeeears.

They'll see the light one day aha, the PC will reign again!

EDIT: I'm also confused as to why a company wouldn't do a quick port during these hard economic days, it would prove far more lucrative than just bounding onto the next project.

@ AncientBoi: Toast is what it was! 2 minutes ago
Chat 2