Here is where I am.
1. Enter mac address.
2. Get Files (private boot.elf)
3. Copy files to sd card
4. Put sd card into wii and turn on wii
5. Got to message board on the wii and find Letterbomb.
6. Select Letterbomb.
7. Get a black screen with some mumbo jumbo saying SD card found Valid boot.elf file found
Exception 0700 occured and a bunch of letters and numbers after that.
Been sitting like this for 5 minute now.

Try reformatting your SD card and downloading Letterbomb again.
B

I reformatted the sd card to Fat32

that sounds like the boot.elf on your sd card has gotten somehow corrupted. i bet you didnt safely remove you SD card or something similar. all the other parts sound like theyre working fine. delete the boot.elf, redownload it, and i bet it will work.
B

Now I get the Installer to start for about 2 seconds and then I get code dump.
Have tried 3 different sd cards
EDIT: For the Hell of it I tried the Indiana Pwnz thing, and I still get the 0700 thing.
Man, what a PITA.
EDIT (Once Again): I can get the hackmii Installer to start (Letterbomb and Indiana Pwnz) but I always get a stack dump after it starts.
I have tried several 2 gb sd cards formatted in Fat and Fat32. I always safely remove the sd card from the
computer.
Do I have the one unhackable wii in the World?
S

Binxy said:
I have tried several 2 gb sd cards formatted in Fat and Fat32. I always safely remove the sd card from the
computer.
Click to expand...

Do you have any smaller cards?

in it's current state, yes, letterbomb only works on 4.3 Wii's. The exploit itself could be ported to lower firmwares, but there's no point when we have bannerbomb

anyways, I never read the OP say what firmware he's on... presumably he's on 4.3 if he's trying to get letterbomb to work

@OP, when exactly to you get the error? After the it loads the boot.elf and clears the screen? or before? You should have a hackmii installer log on your sd card, posting the contents of it may help others help you

yeah i figured that too , but just threw it out there incase it was an oversight. Maybe i shoulda just asked what SM are u using ? lol

Binxy said:
7. Get a black screen with some mumbo jumbo saying SD card found Valid boot.elf file found
Exception 0700 occured and a bunch of letters and numbers after that.
Click to expand...

by the time you see this, the exploit has exploited the system menu and it is homebrew code running. this means the systemmenu version is not his issue. 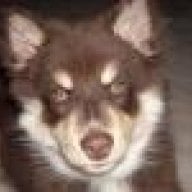 the best would be to get a brand new, sandisk 1 or 2 gb sd card. it costs about 15 bucks. i tried with some others first, and that diden't work. then i ordered the new one, and it worked like a charm.
B

Well I got as far as The installer to start (For 1.5 seconds) and I get a stack dump or whatever.
This is the log on my SD card. HackMii v1.0 installer starting up
PVR = 00087102
running under IOS 58 rev 0x1820
Edit: So I went and bought a new 2 gig card as this is all I could find at 1:30 in the morning, and of course now I'm stuck with an sd card that is worthless.
And to answer your question, yes. This Piece of shit Wii is on 4.3. What I wouldn't do to have 4.1 right now on this thing.
I guess I should mention I did get the wii used. So, Is there a chance that it was hacked before,and this could be messing it up?
Yet another Edit: So I did get the installer to start once.... After the "Scam" screen showed up, I pressed "1" and it pretty much told me to go screw myself because of Vulnerable IOS. So I use Modmii and get MMM to load. Select IOS36 and install the wads that are provided to me by Modmii.
I go to the App folder, and select HackMii Installer, and I get some green lines on the screen.
O

Try to launch multi mod manager trough the mailbomb.
With that program, you should be able to launch the syscheck program.
Posting a syscheck here could help people in finding the issue.
Another possible thing to do is launching casper and using it to run bootmii. bootmii can be used to extract the wii nand contents and keys
You can analyse that dump with showmiinand / showmiiwads.

If really nothing seems to work, you can even use giantpune's ohneswanzenegger program to create a new virgin nand, and program that into the nand chip using
bootmii.

You will need a gamecube controller to enter the konami code in bootmii.
Ik the power goes down during that operation, or the newly created nand isn't created right, your wii will brick after this operation. Don't tell afterwards you aren't warned.

The only solution for such a bricked wii is sending it to deadly foez together with the nand backup. He's able to desolder the nand chip and reprogram it that way.

Multi mod manager should be able to install new ios on your wii. Maybe a new one is needed to get the hackmii installer going.
Without the syscheck dump, we don't know, maybe with the dump, we still won't know.

when launching the hackmii installer via MMM, how many times have you tried that? If it failed just once that could be fluke. Anyways, now that you've installed those WADs from ModMii's hackmii solutions guide, you need to load the hackmii installer to see if the no vulnerable IOSs msg went away. If you can't load it via MMM, then just copy SD:\apps\hackmii_installer\boot.elf to SD:\boot.elf (overwriting MMM's boot.elf), then try the exploit again to launch the hackmii installer directly (instead of via MMM). If it fails then you can proceed to use casper to make a nand backup, I just wrote instructions on how to do so here: http://gbatemp.net/topic/322314-scam-screen-help/page__view__findpost__p__4133678
B

I tried loading the hackmii Installer twice through MMM, and both times I got the green screen, I also tried putting the hackmii boot in the root of my sd card, and I get the IOS thing still.

Well the only thing I can get casper to do is to reset the wii.

then you're not doing it right
B

here is a system check. And if your wondering. This wii has a different Drive in it. I took the drive from my friend's bricked wii.

wow, plz fix the formatting and then put it in a spoiler


Code:
this is a spoiler

SD card cannot be used when trying to use Letterbomb