Kodi is likely to be a household name to most home theater users. The popular media player software, formerly known as the Xbox Media Center (XBMC), has now fallen prey to its own success, as one sponsor has decided that Kodi consumes too many resources.
Kodi, which is being developed by the non-profit organization XBMC Foundation, is always in the focus of the content industry, even though you can not help it yourself. Because Kodi itself is completely legal, but as open-source software, it is relatively easy to develop add-ons that lead to illegal (streaming) content. Likewise, "fully equipped" set-top boxes are offered, the legal Kodi is thus moved by illegal providers in a bad light.


But in the meantime, Kodi has responded via Twitter and there clarifies the matter a good deal: According to one of the Kodi sponsors, the software-as-a-service company Acquia, "we decided that we have too many resources If we do not pay for a dedicated server ourselves, they will not bring it back online. "

Kodi hopes that Pantheon or another Drupal host will help. A crowdfunding campaign or similar has not yet been launched, however, the creators of the open source software have spoken only at night to today to speak. And one certainly hopes in the first place, to find a real sponsor, instead of having to deal with donations.

Don't you scare me like that! Had a miniature heart attack just reading the title...
Reactions: NoNAND, Mythical and Alexander1970

I'm confused. Kodi seems completely functional to me and the site has mirrors up. What's the point? 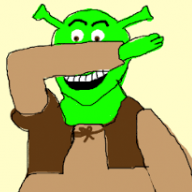 MythicalData said:
I'm confused. Kodi seems completely functional to me and the site has mirrors up. What's the point?
Click to expand...

Main site is down
Reactions: Mythical and Alexander1970

Seeing as the title was incredibly misleading, I've changed it to reflect that it's simply the main domain that's temporarily down, not the entire site and it hasn't "vanished"
Reactions: NoNAND, Mythical and Alexander1970 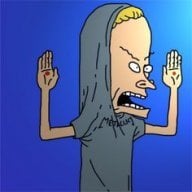 Trading streaming accounts with friends is the new Kodi.

Mixer is shutting down, will be merged into Facebook Gaming

ENTER THE RABBIT HOLE- Free learning resources for covid19 or not!