Hacking it seems dstwo plus is fake

if this card was real it would be released by now​
​

Some staff on the chinese forum said end of March, I believe.
S

oh ok i read february on my sources anyway 9.2- working on it yet???
K

End of March=End of April 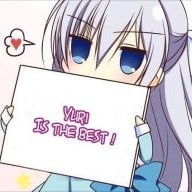 The GBAtemp admin already confirmed its existence. For more information, you have to go to the Supercard Chinese forums and read what the members have to say About it.
Reactions: 2Hack and Margen67
D

simplyargyll1998 said:
if this card was real it would be released by now​


i see no flaw in this logic,

insidexdeath said:
Clearly you haven't been around when SuperCard were dominating the market, but that's alright because you're clearly one of those blind Gateway fanboys.
Click to expand...

thats the important issue, supercard dominated a market on a console with a pretty much broken from day 1 security system, its seems very plausible suercard are copying exploits, when it was first announced they said it would be 4.x only for 3ds games (this was back in December), they also said it would be out by January, then gateway released ultra, and the staff on their forums then stated that they would now support upto 9.2.....pretty convenient huh?, and ofc release was pushed back to February....they it seems they have been on the waitway train since then going on the same random eta's as the gateway thread

can you help me with an r4 fake